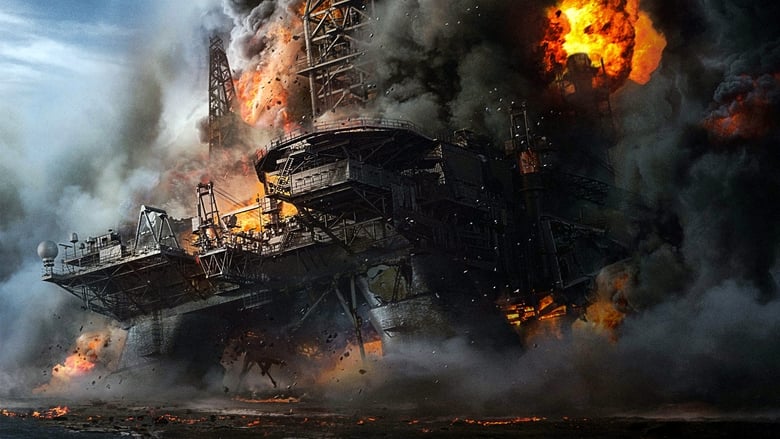 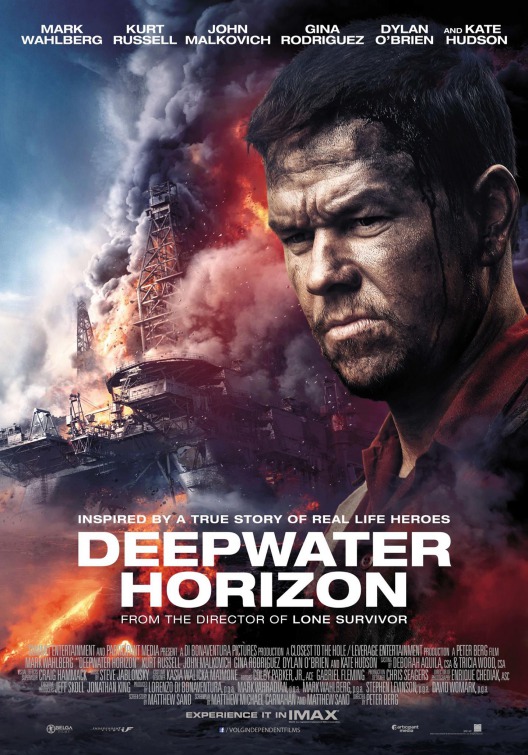 Mark Wahlberg and Peter Berg collaborate once again to tell the story of the crew of the oceanic oil rig Deepwater Horizon, which exploded and killed many of the oil crew in 2010.

The last film the Wahlberg and Berg made together was Lone Survivor, and while I did like that movie a lot, I had a huge problem with Bergs directing style, it felt like he was trying to make a movie, not tell the story of brave men who tragically died. But that leads to what I think is the best part of this movie, Peter Berg's direction.

I love seeing directors learn from their mistakes, and under his direction, there was never a single moment that felt like a "movie moment". I felt like I was on board the rig the entire time, it felt really realistic. It actually felt like he was telling a true story through a movie this time. He also shows what is at stake the entire time. You see that the characters have families, and that these families are real people and we feel the fear that they feel when they see what's happening.

The film is also really well written. There isn't a whole lot of dialogue, but just like in the Martian, it takes things that are pretty complicated, and makes it simple enough to understand them easily.

The "action" sequences (parts where stuff blows up), are also really well done. But that should be expected from a Berg film, even in a film as stupid as Battleship, the action was still exciting. And once again, it does a great job of putting you on the rig. If you look at the news reports, it looks like it's just on fire, but no, there are explosions, rooms drowning in oil, and the rig itself is sinking into the ocean, it's scary intense.

Now, the acting, not a bad performance in sight. Especially from Wahlberg, this is quite possibly his greatest performance since The Departed. I could possibly see an Oscar nomination for him this year. (He wouldn't beat Levitt in Snowden though).

There is one downside to this film, the story editing. While the continuity is fine, the film jumps around between the rig and land rather abruptly sometimes, I don't mind switching locations in this film, but it's just completely out of now where and it's super jarring.