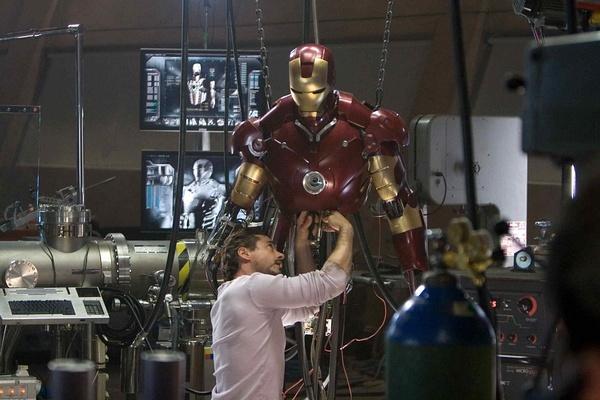 Incidentally unrelated to Iron Monkey, this is reassessment time and this will probably be my last watch before finalizing my list for The Action Movie Countdown.

"Tony Stark was able to build thiiis in a caaave with a box of scraaaps!"

Kissing, Goats, Cheeseburgers, Ice Cream, Pizza. A very American selection of food on display here... seems a little pandering if I can be a bit pedantic.

First, the flaws. Tony Stark is difficult to like, not just because of his character flaws which are reasonably intentional, but also because of his character flaws which are unreasonably unintentional. I really don't care to hear dialog wasted on the above unmentionables and these issues compound with his playboy persona which manifests at worst with "Ms. Berkley" a reporter who hounds his ass for moral atrocities and then ****s him at the drop of a hat before immediately resuming her interrogation.

Wow, you're like, the worst person imaginable. She doesn't even say anything particularly offensive, she's just a raging hypocrite.

So she's terrible, but she's in a very small minority of the movie which soon turns on her and even Stark becomes relatively likable by the end with no small help from Pepper Potts who produces an excellent callback with the decorative arc reactor.

Robert Downey Jr. has the charisma to wheel his way through scenes too, even the sad ones, and while the scenes between him and Pepper shift wildly from cute to cringe-inducingly awkward, it ends with a spirit of clear self-awareness as their status within the genre. 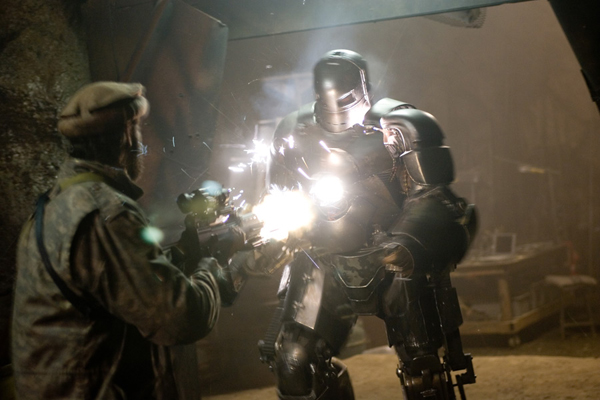 The superhero origin arc itself as it appears on offer here is about on par if not better than Batman Begins, DC's own iteration of the not-so-super superhero who's main power is seemingly infinite money and a toolbox.

A key difference here is that while Iron Man almost cynically advertises how aware it is of it's main character's quote "laundry list of character defects", it at least never verges on the Arkham City brand of superhero qualifications whereas a Batman is an equally competent ninja, detective, bodybuilder, inventor, genius, etc.

As I said before, I like my superheros with weaknesses and that doesn't have to end with personality flaws, I really liked the idea that Tony begins this saga as a high-life weapons manufacturer and learns the hard way how his products are used, provoking him into action after a life experience that sets up the arc reactor in his chest.

Guy's gotta live off a car battery to avoid a slow death before he resumes with a giant brightly lit off switch in his chest.

Which reminds me that Jeff Bridges is pretty solid in this as well, even if he is fairly formulaic. The "you ripped out my targeting system" line was the eyeroll of the century, but it's a negligible dent in a movie that keys the rock music and drums it's way through the creation of the Iron Man suit all the way up to it's first badass battle.

I said before, about Appleseed how much I liked seeing CG animators take to complex machinery and this movie does not disappoint, from Iron Man's little optimization montage to that little moment that just sticks with me where Obadiah jumps in the air with the new suit and his boot thrusters kick off small jets to keep him oriented, I love that.

Credit roll to Iron Man by Black Sabbath and you've got what is surely one of the best comic book superhero movies yet. This movie just barely misses a 5 out of 5 from me, but I keep watching it, so time will tell if it winds up in my personal collection.