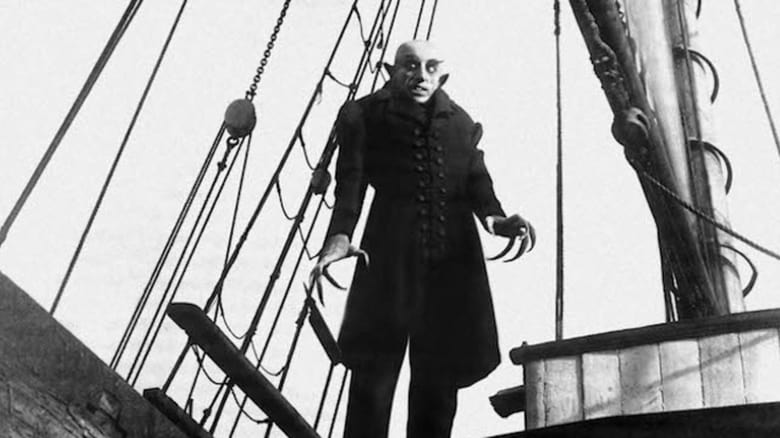 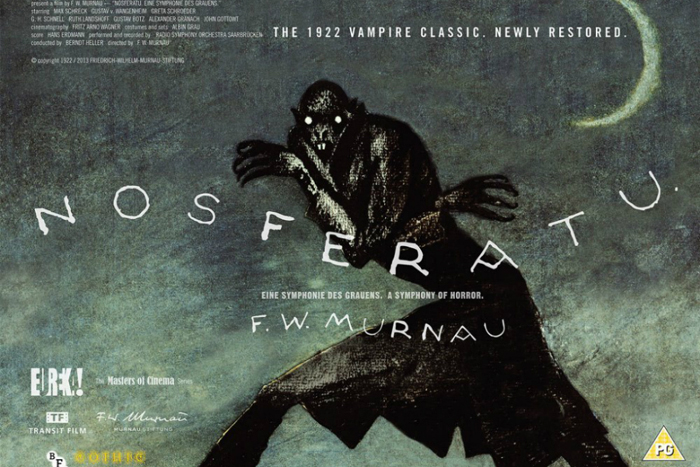 The oldest surviving vampire film is the classic German silent, Nosferatu. An unauthorized silent film, based very closely on the famous novel by Bram Stroker, Dracula. Bram Stoker's widow filled a legal suit against the makers of Nosferatu, which she won. This resulted in an agreement that all the negatives and prints of the film would be destroyed. And they were all thought destroyed too...except a few prints survived in a couple foreign countries. In 1994 the surviving prints were restored and the film came to life once more.

Nosferatu is an interesting film and I'm glad I watched it. But I found it underwhelming. The story didn't click with me and the film version I watched seemed to be almost pieced together with no transitions between the scenes. I wonder if that's because the surviving prints were incomplete and so had to be pieced together? I noticed for a few seconds the movie was actually showing a negative image of the print. I did learn there's a newly restored version of Nosferatu and I bet the print and the music score is much approved upon.


There's a lot to like in this film: the creature was way cool looking! Great makeup and design. And I loved the creepy, up the staircase, shadow scene...as well as the stop action sequences. Oh and the skeleton clock was cool too! 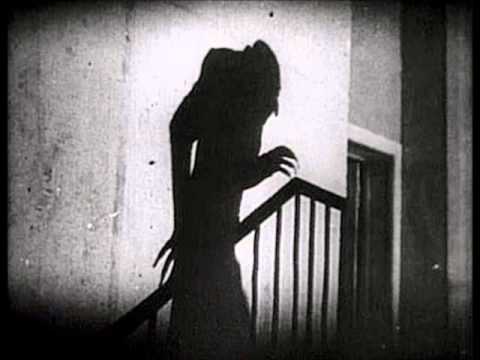