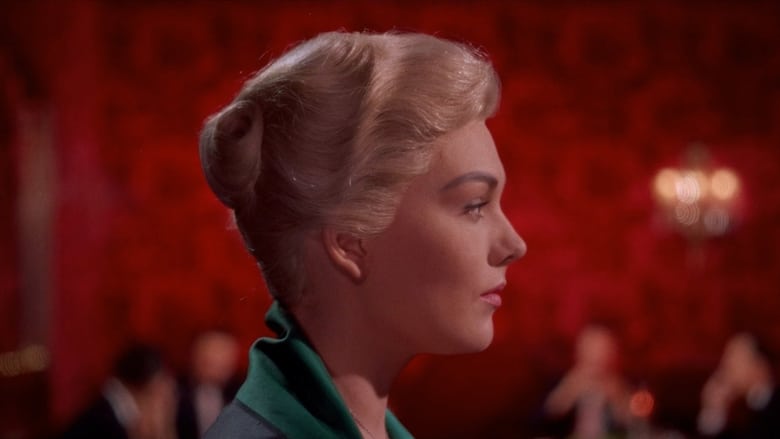 I am hesitant as I sit down to write about my very first viewing of the film that many buffs consider Hitchcock's masterpiece and there is a whole lot of love for it on these boards. Still processing in my head what I've just watched because I want to be fair to a film that is considered a classic. And to be completely fair, it should be noted that this review is coming from someone who is not a huge fan of Hitchcock or Jimmy Stewart and someone who has never been able to stomach Kim Novak. With that said, I feel comfortable in stating that watching this movie was alternately riveting and aggravating, but never boring and never had me looking at my watch, right up to a somewhat predictable ending after a couple of hours of head-scratching entertainment. 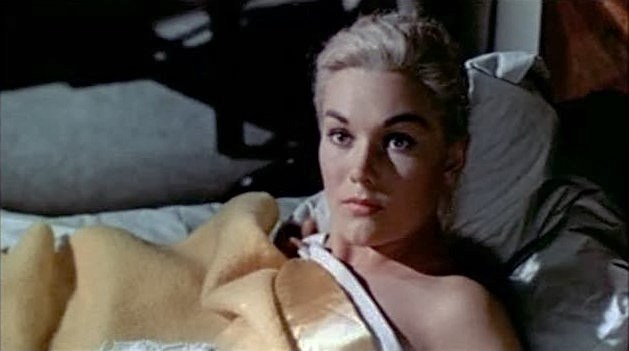 It is 1954 San Francisco where we meet John Ferguson, a police detective with a crippling fear of heights, who had to retire because of it, who is coaxed out of retirement by an old friend who wants John to tail his wife, who he suspects has been possessed by the spirit of another woman. John tentatively agrees to follow the woman and begins seeing the connection between this woman named Madeline and a dead woman named Carlotta, which reaches a disturbing level for John when he witnesses Madeline jump into the San Francisco Bay. John eventually finds himself becoming obsessed with his friend's wife, which his BFF Midge who wants to be more is not to thrilled about either.

The master, Alfred Hitchcock, has given us a psychological thriller that is somewhat pedestrian in some places and spellbinding in others, and used his own unparalleled skill in cinematic storytelling in keeping us in suspense regarding what we think is happening is and what is REALLY happening...Hitchcock and screenwriter Samuel Taylor sprinkle this story with just enough red herrings to slightly confuse the viewer, but never enough to make us give up on the story, and believe me, I have no qualms about giving up on a story that is too confusing, but despite the bizarre twists and turns this story take, especially during the final third, I not only couldn't take my eyes off the screen, I found myself talking back to the movie, a sure sign of a movie that has gotten me.

Hitchcock has provided a story with two central characters who I felt every specifically about at the beginning of the story but by the end of the story, I felt exactly the opposite about them. The character who was initially sympathetic to me had the hair on the back of my neck standing up and the initial villain of the piece had a symbolic noose tightening around her neck as the story wound to an unspectacular conclusion, but up until then, it was a helluva ride.

James Stewart gives one of his best performances here. I would rate it right up with my favorite (Anatomy of a Murder) and Kim Novak gives the closest thing to a performance I have ever seen. I guess it shows what an A List director can do with a bad actress. Also LOVED the stylish supporting turn by Barbara Bel Geddes as Midge. Bernard Herrmann's score is a little overbearing, but I did not allow it to get in the way of enjoying what is, yes, an amazing piece of cinema that did live up to its reputation.
» More about Vertigo
» More reviews of Vertigo
» More reviews by Gideon58