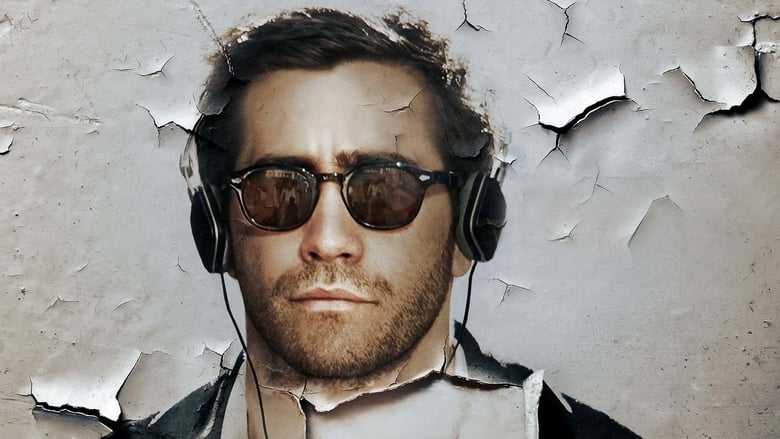 by Sexy Celebrity
posted on 7/23/16
in
DEMOLITION

From the director of Dallas Buyers Club, one of my favorite films, comes a new Jake Gyllenhaal movie..... should be amazing, right? Well, I liked it. I definitely didn't hate it. I was going to watch it a second time before reviewing it so I could really get a grasp on the whole thing..... but I just wasn't feeling in the mood to watch it again. Soooooo..... Dallas Buyers Club this isn't.

I think this may have been the weirdest Jake Gyllenhaal movie I have ever seen. I am not forgetting Donnie Darko, Enemy, Source Code, Prisoners, Zodiac, Nightcrawler, or even Bubble Boy. Damn... dude really likes to do strange movies, doesn't he? Maybe that's why I like him. Accidental Love... that David O. Russell movie that David O. Russell abandoned. The one where Jessica Biel gets a nail in her head (thanks to a nail gun) and becomes hypersexual and falls in love with Jake Gyllenhaal (sounds like my life story).

Yes. I think Demolition is weirder than all of those other films. The fact that I think it's weirder than Enemy is really something. Why is it so weird? It's weird in a stupid way. In the film, Jake plays an investment banker whose wife dies in a car accident (he was in the car with her). He returns to work immediately, acting like there isn't a problem. This bothers his boss, Chris Cooper, who happens to be his father-in-law. Chris Cooper and his wife are deeply upset and want to be there for Jake.... but Jake.... doesn't really care. Right away, I was TOTALLY reminded me of Jake's movie, Moonlight Mile, from back in 2002, which basically had THE EXACT SAME PLOT. Sort of. Except the parents of the deceased wife were played by Dustin Hoffman and Susan Sarandon. So I thought.... okay.... momentarily he's gonna meet up with Naomi Watts and it's gonna be Moonlight Mile all over again. Obviously Jake Gyllenhaal has some kind of weird theme going on in his life where he enjoys acting in these movies where his wife dies. You know what? His wife dies in Southpaw, too. This man's really into playing roles where his wife dies. He LOVES having a dead wife! I bet that's why Jake Gyllenhaal is single. He's got some kind of issue I think he works out through his roles where he always ends up with a dead wife. He doesn't want to be married.

Before you know it, they're sending letters back and forth, and playing a sort of cat-and-mouse game where Jake is trying to track her down because apparently she lives close by. Eventually they do meet, but, SURPRISE -- she lives with her angry boyfriend, who happens to be the owner of the vending machine company. OH, and she's got a 15 year old gay son, too. But despite the close relationship he develops with the caring and understanding and pot smoking Naomi Watts, they DO NOT have sex with each other. They simply.... write letters.

I don't really wanna spoil much more..... what kept me glued to this movie (besides Jake Gyllenhaal) was wondering how it was gonna end. It is ALL OVER THE PLACE! And Jake even finds himself being stalked by a mysterious unknown driver in an old station wagon. It's creepy, that station wagon. Think Michael Myers in the Smith's Grove Sanitarium car in Halloween driving around Haddonfield if he was stalking Jake Gyllenhaal.

But you need to hear about why this movie is so weird -- besides what I've already told you if you found any of that weird. Let's just say there's a scene where Jake and Naomi Watts' gay son (who has pictures of Divine and James St. James in his bedroom -- so it looks like my room) .... anyway, they DEMOLISH Jake Gyllenhaal's very modern, very nice house. They get a bulldozer and everything. They destroy everything. It's very Fight Club.

They do it for funzies. Anyway, later, at a hardware store (I think it was?), the gay boy confesses to Jake that he might be gay, but he is NOT SURE. I'm like -- BITCH -- you have Jake Gyllenhaal in front of you and you're NOT SURE if you're GAY? Who does that?!?! I mean, if Jake Gyllenhaal shook a gay Magic 8-Ball and asked it, "ARE YOU GAY?" the Magic 8-Ball is not going to give the "OUTLOOK NOT SO CLEAR" answer from inside its little watery domicile. It's gonna say "HELL YES!" every time and then its little round window is gonna open and it's gonna turn into a Magic Gloryhole. "GIVE IT TO ME" it'll say.

So anyway, Demolition is a weird movie, so it's only fitting that I write a weird review. There's scenes of Jake Gyllenhaal dancing in the streets and acting crazy. Like Tobey Maguire in Spider-Man 3. There are weird old drug dealers who take care of old carnival rides, like a merry-go-round. There's lots of destruction. It's all about demolishing your life. Changing your life and starting over and being yourself. That's basically the whole message of the movie.

I must say, though -- the ending was sort of a letdown. And yet at the same time, sort of not. Naomi Watts kind of disappears, I feel. I wasn't too satisfied about how the whole Naomi Watts relationship turned out. It's almost as if he forgets about the friendship with Naomi Watts and just starts becoming a better friend with the 15 year old gay boy. Which I'm sure would be a dream come true to any gay boy -- becoming friends with Jake Gyllenhaal. Yet for some reason, when he's around Jake, he is not even sure if he is actually gay. I don't understand. That was the same age I was when I came out. Where the Hell was my Jake Gyllenhaal then?!

So yeah.... I thought it was a kind of weird movie. Not a very good movie.... like, I liked it because I could connect to some things about it. But in general, I don't think this would appeal to a lot of people. Maybe. I saw online that a bunch of people who saw it didn't like it. I can totally understand that.

You can definitely tell it was directed by the director of Dallas Buyers Club. He has a certain style to his movies. He LOVES explaining something by showing all these quick, soundless flashbacks of the past. They get on my nerves. I didn't really like that in Dallas Buyers Club, either. I need SLOW. Snappy editing makes it hard for me to pay attention and understand something.

But yeah, this was no Dallas Buyers Club. Actually, for the first half hour of this movie.... I really thought I wasn't going to like it at all. In fact, I was even starting to think to myself.... alright, Jake Gyllenhaal, you're starting to piss me off here. If these kinds of stupid roles are what you're going to keep doing, I don't know how much more of you I'm gonna wanna take. FOR REAL. Because there was something about this character at first -- and even throughout -- that just..... tried to be "cute." Cute in a weird, quirky, obnoxious, cruel way that.... if some other actor had played it, I wouldn't have had the tolerance for it.

I really hope that Jake Gyllenhaal starts taking parts in bigger movies. This indie thing he's sort of got going these days (Demolition only made $1 million dollars at the box office, and I CAN'T even find this movie for sale in stores -- I rented it to watch it) .... anyway, this indie thing he's got going on these days.... if they keep being movies like Demolition, I'm going to get tired of him.....

Demolition is a good movie, but for me, it's sort of a scary sign for Jake Gyllenhaal. It was good, but it wasn't THAT good. He needs to do something bigger. I'd like to see him become an Oscar winner someday. He needs to stop being so quirky and start being more serious. Otherwise, he's going to disappear.

I am including a picture of a nude Jake Gyllenhaal while he sits on a toilet from the movie Demolition, which I took with my phone. You're welcome.