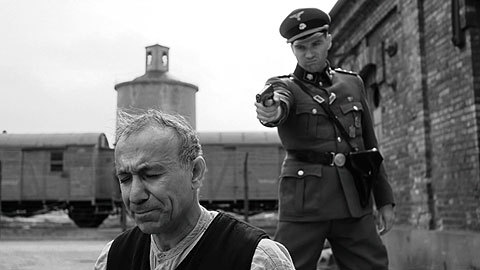 It's been a movie I haven't been sure whether or not I've seen for years, but it wound it's way up on my watchlist and earned top priority after Miss Vicky included it in Sexy Celebrity's Strong Emotions Countdown thread.

Originally Posted by Miss Vicky
seeing this re-enactment of events and people showed me that monsters are real. They don't hide in closets or under the bed, but they exist.
WHAT'D I THINK? *SPOILERS*

You can be WAY MORE EFFICIENT exploiting inferior people than they were!


Ugghh... I watched this movie for 3 fffffffffffffffff****in' hours... *YAWN* and it's my own damn fault for watching it when I was so tired, but whatever what's the first thing we check when it comes to a long, movie? Whether it kept my attention the whole way through, did it?

Hearing the name so frequently and yet never knowing even the most pitiful ****in' thing about it left me with a lot of surprises.

Ben Kingsley? Alright.
Liam Neeson? Cool.
Ralph Fiennes?? As a bad guy? Neat.
Steven Spielberg!? Didn't know he had it in him. 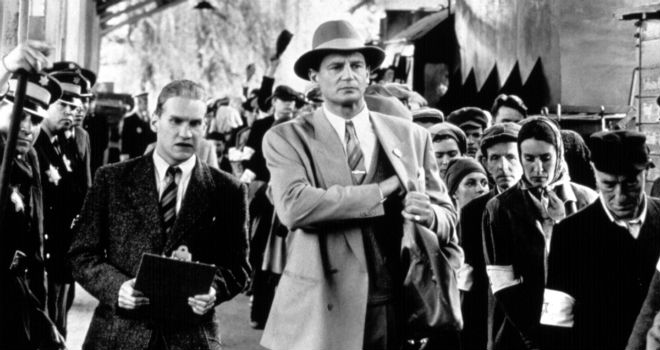 I didn't even know anything about the real Oskar Schindler, so the developments were a total surprise for me too (The women went to Auschwitz!? NOOO!! HOW DO YOU **** THAT UP!?) and honestly I think this was a pretty interesting story to make a movie about. Too often I feel that historical dramas aren't well picked for their effectiveness as actual stories.

Overall I think the movie was very well made, the acting was spot on and now following Strange Days I've become very fond of Ralph Fiennes. He has quite a presence as... uhhh...

He's easily my favorite character and I really loved how he acted as a foil to Schindler (or more accurately, how Schindler was a foil to him). I was disappointed that their relationship never actually escalated into any sort of resolving confrontation, I was waiting what felt like the whole movie for him to lay into Schindler for being a Jew-lover or something.

I can concede that bit for sake of historical accuracy, but perhaps the biggest strike I would lay against the movie is honestly against Schindler's character himself.

There seems to be scant little separating him from the schmoozing war profiteer and the Direktor With a Heart of Gold.

Was he always that way?

It doesn't seem like it. He must have transitioned then.

I dunno, he has a few shots looking on at genocide with a frowny look before complaining that he's losing money for each worker that gets killed. I'm legitimately not seeing much emotion here. But then BOOM! all of the suddenly he's all tears and hugging at the end of the movie because it's now just suddenly struck him that he coulda saved more lives if he were frugal?

Well, yeah, fair point, he was arguably generous to fault, though it could also be said that his overcompensation reinforced his social standing-WHATEVER, THE POINT WAS I didn't buy it. 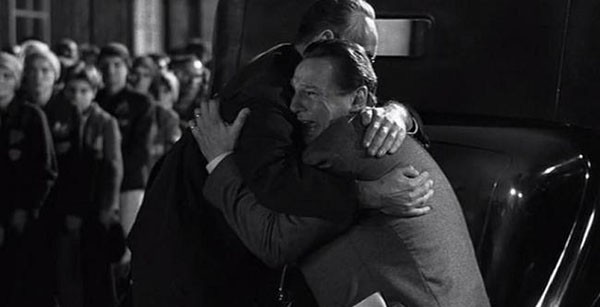 I did like the "He who saves a life saves the world entire" line, though.

But, I guess that's where the artistic decision to limit color to the little girl in a red coat who appears twice, seemingly arbitrarily when Schindler's looking on at the killings.

Perhaps it's the death of the girl in the red coat that symbolizes the unseen arc beneath the surface of the enigmatic Schindler? Perhaps Schindler was a generally concealed man and they wanted to preserve that air of mystery about him so they picked a face out of the crowd to connect us to Schindler in that way?

I could totally buy that if not for WHAT I JUST READ!

Originally Posted by Wikipedia
Spielberg said the scene was intended to symbolise how members of the highest levels of government in the United States knew the Holocaust was occurring, yet did nothing to stop it. "It was as obvious as a little girl wearing a red coat, walking down the street, and yet nothing was done to bomb the German rail lines. Nothing was being done to slow down ... the annihilation of European Jewry," he said. "So that was my message in letting that scene be in color."
What a load of ****, dude! How the **** is the audience supposed to glean that? Symbolisms have to tie into the moment of the movie, they have to make sense IN WORLD! You can't just extrapolate beyond the realm of immediate relevance to make a connection.

That'd be no different than if you picked out Stern's clipboard and colored it bright green as the only color in the whole movie to say, "It's as obvious as a bright green clipboard that Germany's blitzkreig was doomed in the Battle of the Bulge".

The Battle of the Bulge has nothing to do with this whole movie! And neither does the US bombing German rail lines! The US isn't even inferred in dialog BY ASSOCIATION until the end of the movie by which point, THE GIRL IS ALREADY GONE! It's impossible to make the connection withou a leap of ****in' faith!

DUMB! This movie is DUMB! In that ONE PART!