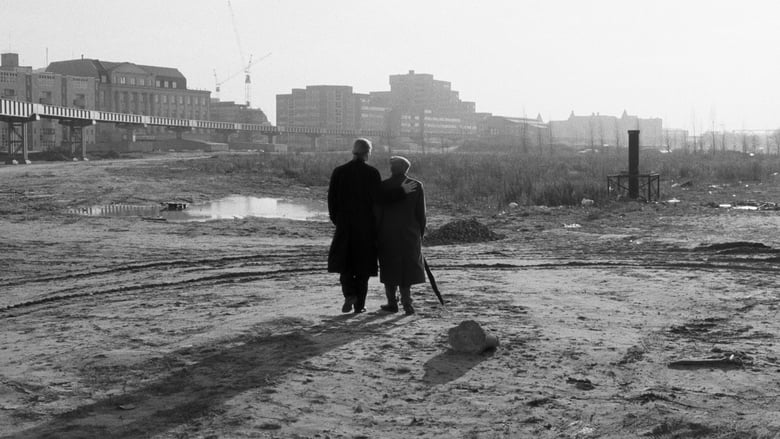 Popped up in my search for carnival movies. Sounded super interesting.

Conceptually, Wings of Desire is great (and you know it's a good sign when I open up that way), but this movie is stupid boring.

The premise is that angels walk among us, observe us, and in times of grief can grant us a modicum of positivity. The twist here is that only children can see them and the angels' experiences are dulled in black and white, unable taste, smell, feel pain, you name it, their only real abilities are to fly, walk through walls, and and read minds. The story follows, primarily, one angel who becomes fascinated with a trapeze artist and becomes mortal to live life in her world.

Sounds great, right? Could be an excellent opportunity to paint a portrait of life and humanity and grief and IIIIII was just ****in' disappointed.

I have one singular issue with the whole movie and it's that it spends approximately 60+% of it WALLOWING, ****in' WALLOWING in philosophical navel-gazing that doesn't draw any conclusions, doesn't make, any points and often borders and even ventures directly into complete and utter nonsense.

You could be saying something MEANINGFUL, but instead it spends it's time needlessly drawing out scenes and babbling about things we have virtually no context for. There are people who think in clipped disconnected thoughts (you know, like really people?), but then there are these, I can scarcely call them, characters that walk around with an inner monologue full of complete mess.

The movie could do with some serious editing down and a stronger soundtrack would have definitely eased the frequently dead silence, but the biggest problem really is what they wasted their time on in each scene.

I will give you one example; this is verbatim what happens in the movie: Imagine you're an angel, descended from on high and have become mortal to see this woman. You go to a concert and find her at the bar. You offer her a drink and BEFORE YOU CAN EVEN SAY A WORD, THIS HAPPENS:


I’ve never been lonely, neither alone, nor with someone else.
*lean in closer* Pardon me? I didn't catch that.


But I would have liked to be lonely.
Oh! Di-did you want me to leave?


Lonelieness means: I am whole at last.
Ummm... what?


Now I can say it, as tonight I’m lonely at last.
A-are... you monologuing at me right now?


I must put an end to coincidence. The new moon of decision. I don’t know if there is a destiny, but there is a decision. Decide.
Wait, me? I decide? I thought you were maki- aaalright, umm... I'd like to do it?


Now we are the times.
What does that mean?


Not only the whole town, the whole world is taking part in our decision.
WHOA, I'm really not cool with the WHOLE WORLD knowin'...


We incarnate something. We are sitting on the People’s Square... and the whole place is full of people whose dream is the same as ours.
Dang, you're into some kinky ****, lady.


We are deciding everybody’s game.
What does that mean???


I am ready. Now it’s your turn.
What did you take a turn already!? I missed this! What's going on!?


You hold the game in your hands. Now or never.
Quit pressuring me! W-what game!?


There is no greater story than ours, that of man and woman.
Are we talkin' about sex? We're talking about sex, right?


It will be a story of giants.
Yes! Everyone in People's Square will see us!


Invisible, transposable.
A-w-wait, are you into exhibitionism or not? You're really confusing me.


Look, my eyes.
YesIseeyoureyesarelovely, I guess I see what you're saying, I should have thought a bit more carefully, I mean we just meet and neither of us really want there to be a thing, I mean if you got pregnant, phew, yeah I think I'm pickin' up what you're layin' down.


They are the image of necessity... of the future of everyone in the place.
Your eyes are... the future of... WHAT PLACE!?


Last night I dreamt of a stranger.
OH YEAH! YEAHYEAHYEAH! That was me! You see I'm actually an angel, except not anymore, but I touched you while you were sleeping and you had a dream about me!


Of my man.
Yeeeeaaaahhhh!! I'm your man alright, the man of your dreams!


Only with him could I be lonely...

You know what, lady? I don't think I'm feelin' this anymore.


surround him with the labyrinth of shared happiness.
I really... REALLY don't see why you have to make a labyrinth out of this!


I know... it’s you. *smooch*
Alright, you know what? **** this. If it's gonna take a college thesis on existentialism to round first base I'm going to have wasted my entire mortal life before I experience my first orgasm.