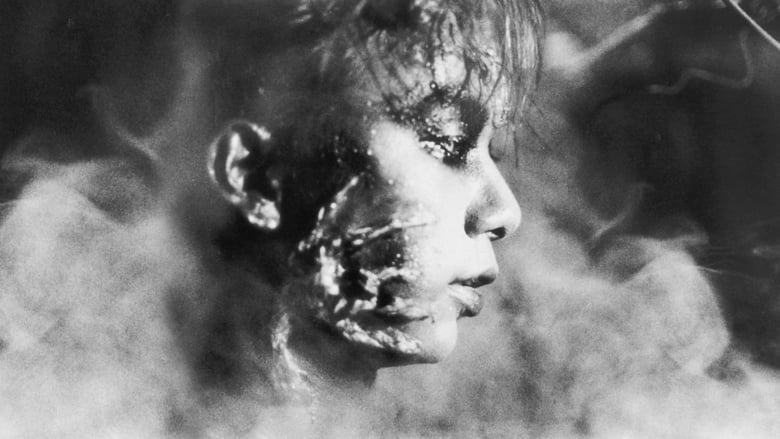 Compared to other movies I've seen which I've either strongly liked or strongly disliked, my experience with this one was pretty peculiar. I can't say that I wish I didn't see the film. I also can't say that it was a waste of time seeing this. However, I also can't see myself recommending it to my friends anytime soon or re-watching it again.

After a businessman hits someone who recently inserted a rusty, metal rod into their leg, metal slowly starts to pop up on his body as he begins to mutate into a massive chunk of metal.

When the film first opens up, you get a couple minutes of quiet and calm pacing showing someone walking down an alleyway. Make sure you enjoy those couple minutes while you have them because the film doesn't give you much time before it quickly turns into a non-stop, frantically paced film with realistic and gory visuals which follows those couple quiet minutes. This film is incredibly fast-paced and it doesn't have any quiet and calm moments after the opening where you can catch your breath. The film is so determined with keeping this pacing that even the credits scene doesn't give you time to relax. I actually really liked its pacing because it made it stand out from pretty much all other films I've ever seen before. It gave the horror genre a great feeling of originality.

Speaking of fast-pacing, it also has grotesque visuals and effects to accelerate the film. They look realistic, and it can be a visual train wreck to see metal combine with flesh. The gore in this film is a horror movie fans dream. However, the biggest reason why I think that the visuals work so good is because of the stop motion that many parts of the film has. Considering that its shot in black and white, the stop motion gives it sort of an old, classic feeling. On top of that, seeing the stop motion in some of the scenes made me question why stop motion isn't used much more often in horror films. I feel like it works very good, and it would provide a massive feeling of originality if more films used it. Horror film directors should replace cgi with stop motion practical effects.

With all that being said, this film succeeds exceptionally well on visual and technical levels. However, director Shinya Tsukamoto puts so much effort into being a perfectionist in these aspects that he doesn't leave room for anything else besides violence and gore.

When I was getting to the end of the film, I kept on asking questions like "When are they going to focus on developing the characters?" and "Why is this whole film treated like its one big action packed climax?". Since character development is so minimal, I did not feel any emotional attachment to the characters, and they just seem like empty shells fighting for their lives. Its great that Tsukamoto was trying to make this film succeed visually and technically. However, as a result of doing this, he, in turn, had to sacrifice character development and depth to keep the outstanding visuals and frantic pacing.

Another issue I have with it is that it can be occasionally hard to follow at times. It often jumps from one scene to another so quickly that it can be difficult to tell where the next scene starts and what is happening in it. The most confusing scene is the dream sequence. It made no hints that a dream was going on, and I had no idea that what I saw was a dream until I looked it up online after watching the film. The issue with Tsukamoto's directing is that he assumes you'll be able to figure out what's going on. There were some scenes where I was able to figure out what happened with little to no problem, there were some scenes where it took me a little while to figure out what happened, and there were some scenes like the dream sequence which were so hard to follow that I had to look up its plot in order to understand what happened. There were also a couple scenes which felt completely out of place such as the sex scenes. If your body is mutating into metal, you're not having sex with your girlfriend. You should be frantically trying to do something about it. Also, the film kept on cutting to something which looked to be a sex tape several times. I have no idea what the point of including that was, and I also had no idea what it had to do with the film.

In conclusion, I had very mixed reactions to this. While many style over substance films would be dismissed as garbage, this one made its visual aspect so good that it felt like one of the more original horror films in years. Tsukamoto's directing choices helped it to be much better than what it would've been if the visual aspect had been less impressive. Unfortunately, the visual aspect was not enough to distract me from the lack of character development, and it was also a bit hard to follow at times. I feel like there were 2 ways Tsukamoto could've gone about to creating this. The 1st way was to make it like this. The 2nd way was to sacrifice the originality aspect such as the frantic pacing in order to focus more time at developing the characters. I don't know which choice I would've picked, but I can at least give the film a lot of credit for achieving near perfection in the visual aspect, even if the result was style over substance.
» More about Tetsuo: The Iron Man
» More reviews of Tetsuo: The Iron Man
» More reviews by SpelingError