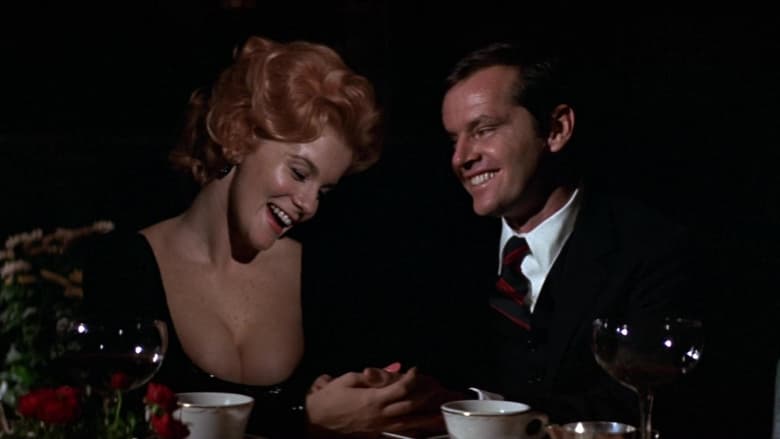 A sometimes shockingly adult screenplay and razor sharp direction help keep the instant classic Carnal Knowledge riveting entertainment 45 years after its release. In the manner of Bob & Carol & Ted & Alice, this film raised eyebrows with its unabashed language regarding sex and its constant challenge of sexual mores from the 1950's to the 1970's.

The film opens in the late 1940's where we meet Amherst College roommates Jonathan and Sandy, who both find themselves attracted to a pretty coed from Smith named Susan, despite the fact that Jonathan and Sandy have radically different views about women and different ideas about what they want. Eventually Susan and Sandy do marry while Jonathan spends 20 years chasing anything in a skirt and avoiding commitment of any kind, eventually finding himself trapped in a dead end relationship with a struggling actress.

It's not so much the story that makes this film so special, but it's surprisingly frank (for 1971) way of talking about sex onscreen, which had been hinted at in Bob & Carol & Ted & Alice, but it is taken to a whole new level in this film...Jonathan and Sandy have no confusion about what they want from a woman, have no shame about it, and don't try to change each other, but this frank talk doesn't get in the way of a story that takes no prisoners and offers surprises until a climactic moment which really doesn't pay off the way it should but we're so exhausted with shock and surprise at this point that it is easy to forgive.

Mike Nichols, 4 years after winning an Oscar for The Graduate, proves once again that he is an actor's director and gets some first rate performances, especially Jack Nicholson, explosively controlled as Jonathan, a star making turn from Art Garfunkel as Sandy, and Ann-Margret in a flashy, Oscar-nominated performance as the self-destructive actress. Not a great date movie, but as a part of cinematic history, it's a must.
» More about Carnal Knowledge
» More reviews of Carnal Knowledge
» More reviews by Gideon58