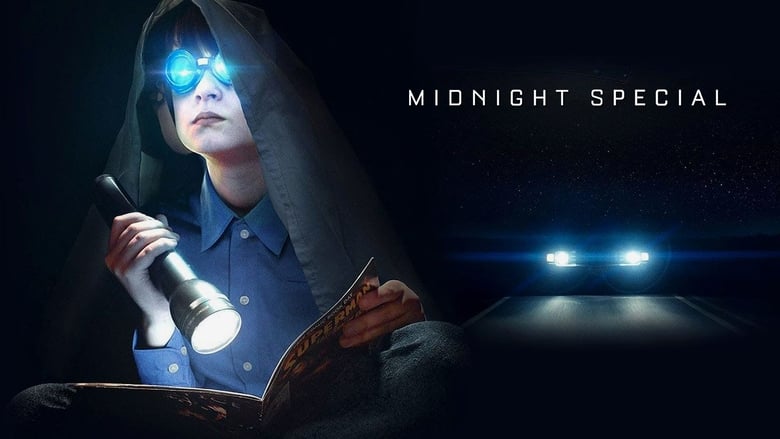 by TheMaster
posted on 4/23/16
in
Midnight Special
I've yet to see Mud, or Shotgun Stories for that matter, but Take Shelter I found to be extremely well taut, showing signs of an independent filmmaker taking bold chances with a story about a man that sincerely wants to prove he isn't suffering from schizophrenia. It's a beautiful story, with an ending that vindicates his beliefs. As for Midnight Special, Jeff Nichols is aiming for the stars.

The story revolves around a family hell bent on getting their son, who seemingly has supernatural powers, to a location that I won't spoil. It's partially a chase film, with the family trying to evade the FBI and a cult, killing whoever comes in their way. Surprises come and linger and ask you whether you know what's gonna happen next. I dare you to try and guess. Chances are it'll be the complete opposite of what you believe to be happening.

One thing that should be mentioned is not only Michael Shannon's performance, which is as good as a Michael Shannon performance gets, the young Jaeden Lieberher puts in a heart-rendering performance as Alton, the young boy with much more going on than what's led to believe at first. Joel Edgerton is great as an ex-state trooper helping his bestfriend get his son to a certain destination, and Kirsten Dunst finds her footing towards the end.

All In All, what I think Midnight Special lacks is what it ultimately doesn't care about, which is a coherent all-answering story. It doesn't leave many answers available but then again maybe that's the entire point. B