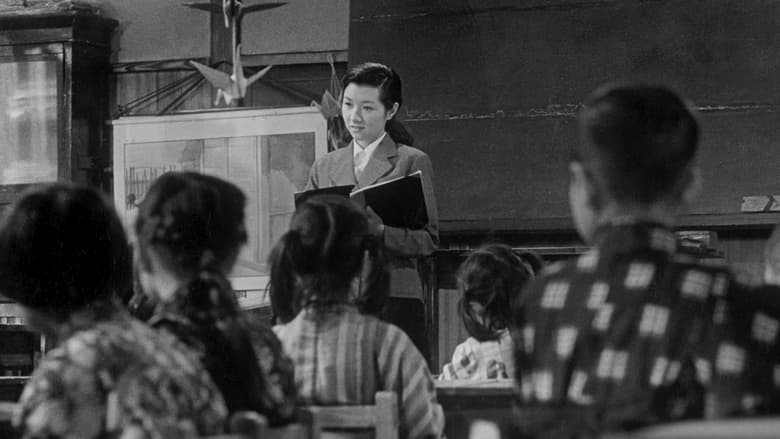 Twenty Four Eyes is based on the novel by Sakae Tsuboi.
It won a Golden Globe for Best Foreign Film.


Mini Synopsis (Spoiler free): Hisako Oishi is a young woman school teacher, who's come to teach the children of a small, remote Japanese fishing village in the 1930s. She's a gentle person but more modern, than the poor people of the fishing village. This difference sometimes places her at odds with the towns folk. She forms a strong and caring bond with her students and teaches them valuable life lessons as they grow up. 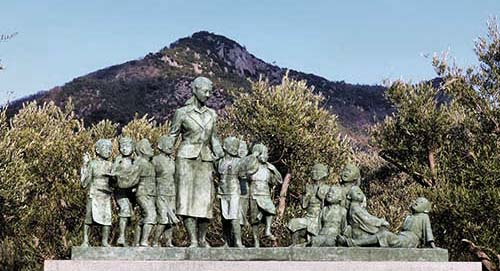 At Tonosho Port, Shodoshima, visitors are greeted by the sculpture
'People For Peace' depicting the teacher and children from the movie and novel Twenty-four Eyes


Review: This film surprised me...I really liked it. I would have liked it to be 30 minutes shorter, but the film was made for a 1950s Japanese audience and so I can't complain too much about the length, as the story itself was heart felt and compelling.

I instantly liked the teacher and I even liked listening to her voice. I liked the kids too, each had it's own story and those stories go to tell a much larger story of life in a poor rural fishing village.

I usually love black & white films, but here I would have loved to see all the beautiful scenery in color. And yet, I did 'see' beautifully colored Kimono's and delicate pink cherry blossoms. This film was beautiful shot with stunning cinematography. 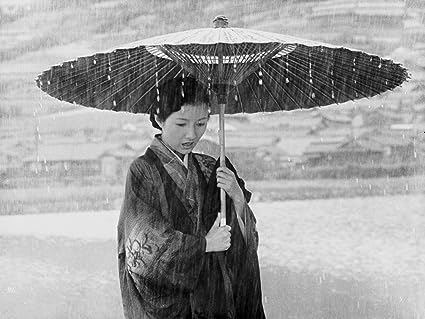 Twenty Four Eyes, gives us an insight into a lost world of pre WWII rural Japan. It follows the children from the 1930s, through the first stirrings of war, through the war and after when the children have become young adults. But this is not a war film. It's a charming, endearing saga.