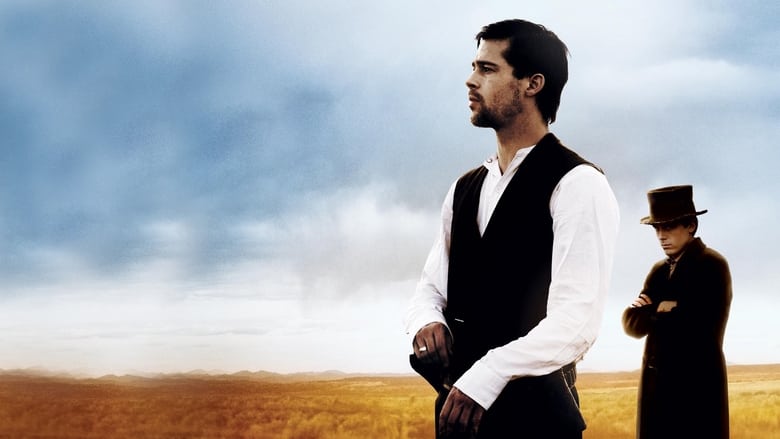 by TheMaster
posted on 4/05/16
in
The Assassination Of Jesse James By the Coward Robert Ford
The assasssination of Jesse James was never an American story I studied too much. The one complaint I have for this film may not even be a dig at the film itself, but what the American mentality was after Jesse James was killed. I'll get to that later...

For one, the ensemble couldn't be any better. Sam Rockwell and Casey Affleck putting in one of their best roles (Rockwell's best was Moon of course). Brad Pitt as the titular Jesse James does wonders with his thousand yard stares. He hides behind a cigar and masks such evil through eloquent speech and contagious laughter. He plays a wonderful villain, which leads me to believe Andrew Dominick (Director) maybe wants the viewers to root for the bad guy, as did Americans during the late 1800's who lauded Mr. James as a Robin Hood. Stealing from the rich and giving to the poor, which is not true. He and his bandits kept every last dime.

I call this the Devil's Rejects syndrome, meaning the characters in the Devil's Rejects were vile, disgusting human beings, but when they're each killed at the end you feel sympathy, where contempt should be placed. The same can be said here, you feel for Jesse James. But why? He killed 17 people and stole hundreds of thousands of dollars throughout his criminal career, yet people find Rob Ford a coward? As I've mentioned prior, this isn't a complaint towards the film, but a complaint about what Americans valued then. It juggles the sympathy card all too well in this film. As for me though, as much as Brad Pitt puts in a great performance, I applauded Rob Ford for taking down the worst American menace to society with that single shot.

All In All, The Assassination Of Jesse James is fantastic, no two ways around that. The acting being the strongest element, the direction from first timer Andrew Dominick (Killing Them Softly being his best film thus far though) is great, writing, costume design. All exceptional.