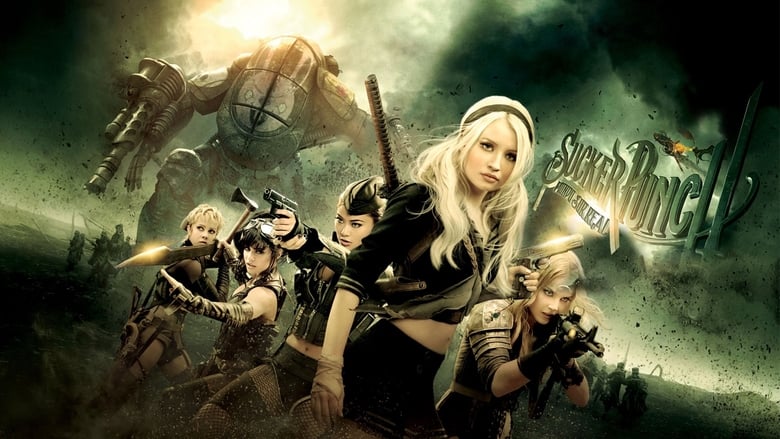 When a young woman is committed to a mental institution, she launches an elaborate escape plan with a group of fellow patients.

While most of Zack Snyder's films have been based on other people's stories, Sucker Punch marks the first instance of him directing a film based on a story he himself created. The story concerns a young mental patient (Emily Browning) whose response to being wrongfully committed to a sinister-looking asylum is to delve into a multi-layered fantasy where she re-imagines the asylum as a high-end burlesque parlour. The different steps of her escape plan play out as a series of fantastic action scenes where she and her fellow patients fight their way through a variety of enemies. Sucker Punch may just be the purest distillation of Snyder's cinematic sensibilities, but that really doesn't make for an enjoyable film. The convoluted yet fundamentally flimsy premise seems like it'll promise an inventive variation on what could have been a rather rote psychological thriller, but it never truly pans out. Despite the set-up involving imaginary worlds allowing for a variety of potentially creative dreamscapes on which the action can take place, the creativity is limited to a series of lifeless genre pastiches that are all captured with the sort of washed-out palette Snyder favoured in 300. Any visual wonder is subsequently buried in the murk and there is a general lack of excitement or tension that stems from the sequences being placed at a remove from Browning's reality. Throw in an extremely muddled approach to the concept of female empowerment and some rather mediocre covers of great songs to get a tonal mishmash that barely functions as either semi-nuanced psychodrama or off-the-wall action extravaganza.