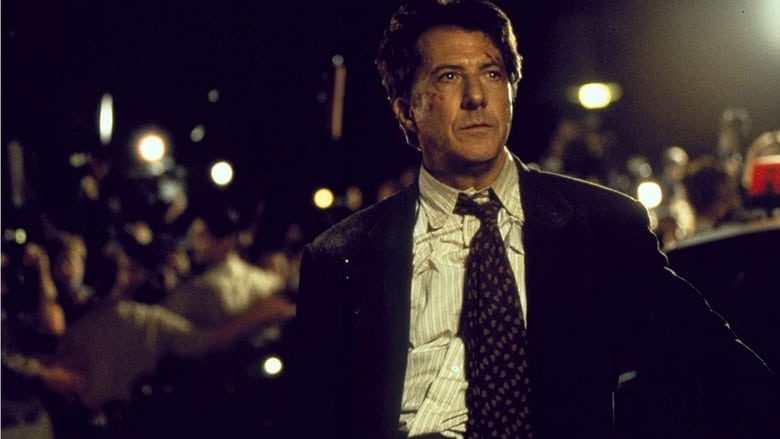 Costa-Gavras' Mad City is the story of Max Brackett (Dustin Hoffman), a disgraced network reporter slumming it in the local news game, and Sam Baily (John Travolta), a recently-fired security guard at a museum.

Brackett is sent to the museum to do a puff piece on the museum and its curator Mrs. Banks (Blythe Danner) when Bailey stumbles his way into the museum and ends up taking Brackett, Banks, and a group of children hostage. From there, one might simply expect the film to be your typical hostage standoff film, and it does a decent job with those elements, even if others have done it much better. But, what the film focuses on is the way the media manipulates and tries to shape situations for their own interests and gain, and that's where it's a more successful film.

Hoffman plays Brackett as a sly manipulator, but manages to walk that tight rope of playing that angle while also maintaining his position as the protagonist of the story. His dealings with Sam Baily manage to go back and forth between moments of seemingly genuine compassion and moments of blatant manipulation. Travolta, for his part, does a good job of giving the audience reason enough to root for Baily, yet still managing to give the audience reason enough to be unsure of him as well. Like with Hoffman, he has a tight rope to walk and does a pretty good job of it for the most part. The supporting cast is solid, featuring Alan Alda, Mia Kirshner, Ted Levine, and William Atherton.

Mad City isn't going to go down as one of the all-time great movies about the media. It tries to be too many things to really accomplish any kind of true reform on the industry, as it tries to be a hostage-thriller, a critique of the media, as well as something of a personal drama for the two men at the heart of the story. Still, it's a reasonably entertaining film, one that is a great watch on a lazy afternoon with nothing else to do. It's thought-provoking enough to get you to care about the issue for a few minutes after the final credits roll, but its issues don't stay with you too long after that.