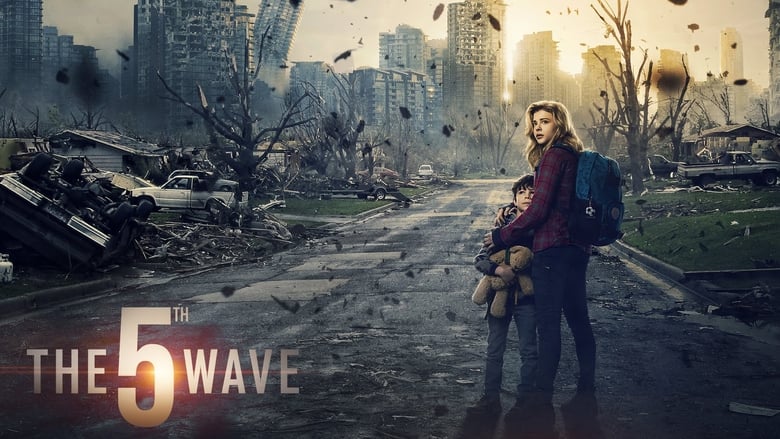 Summary
Great for teenagers. Not so much for adults. It’s better than the Divergent series, so it has that going for it. A decent action movie. I’m just the wrong demographic.

Was it any good?
I had an alright time. Again, I think some things were lost on me because of my age/gender.

Should I see it on the big screen or should I wait to rent it?
You could rent it.

Should I see it one of the premium formats?
I am controlling your mind. You will see this in a standard format.

Review
The trailers made it look like a movie I would like to see. A post-apocalypse action film. Cool! Like Terminator or Independence Day, right? Why are they showing that one girl so much? I want to know what’s happening with the adults. Why are we back with the girl? No, it’s a teenage thriller!

All right. Advanced aliens show up and try to get rid of humanity so they can have the Earth. They send “wave” after wave of attacks against us. The first wave is an EMP pulse which knocks out all of our electronics. It also knocks out running water, to which I say, “Waaa?” In most cases, your running water will work in most cases during a power outage. But I punched myself in the head until I could accept that and kept watching. It was disturbing to watch a plane slowly tilt in the sky before falling to the ground.

The second wave brings a literal wave. Earthquakes (unshown) cause tsunami waves on all coastal areas. The main character says they only survive because of their lake (instead of the ocean). Can a lake have a tsunami? A Google search confirmed that it can happen. All right, movie. You got me that time, but I’ve got my eye on you.

The third wave is disease in birds that crosses over to, and kills most of, humanity. I had visions of the television show The Last Ship on this one.

The 4th and 5th waves are a bit more muddy. By the end of the movie, you’ve figured out the 5th–being the whole point of the movie. What exactly was the 4th. Well, I looked it up online, but it’s not entirely clear. Is now the 4th? Now? How about now? I guess the first three waves were so dramatic. The 4th wave is less so. I guess they didn’t want to name the movie The Fourfifths Wave.

And then there’s the teenage girl love-triangle. I guess every teenage girl longs to be loved by two men. One is not enough. Neither should there be four. Five is straight out.

And then the character has “thank you” sex? Really? Has this generation devalued sex to the same level as a handshake? I suppose the sex is only implied and not shown. They could have lowered themselves off-screen for a snuggle. That was probably it.

Whoa. She’s what, 16? The leading man looks a healthy 25. Ages on either side aren’t defined. I’m sure they were only snuggling.

The whole time I was thinking, “What about the man of her dreams that she is a scene away from meeting?! Can’t she wait just a little longer?!” But that is the teenage angst getting to me. Maybe you’re supposed to feel this way (if you’re a teenage girl).

I don’t want to drop any spoilers on you. I’ll just say the ending left much for me to desire. The entire thing was very “Meh” for me.

The movie as a whole was like watching survivalists tromping through a forest. Occasionally, Dick Cheney shoots at them. The movie has a few, “What?” moments and a few, “Why not?” Moments. Those may or may not be intended.

Yes, if you’re a teenage girl. No, if you’re not. Hey, it’s better than Divergent. That’s pretty high praise.