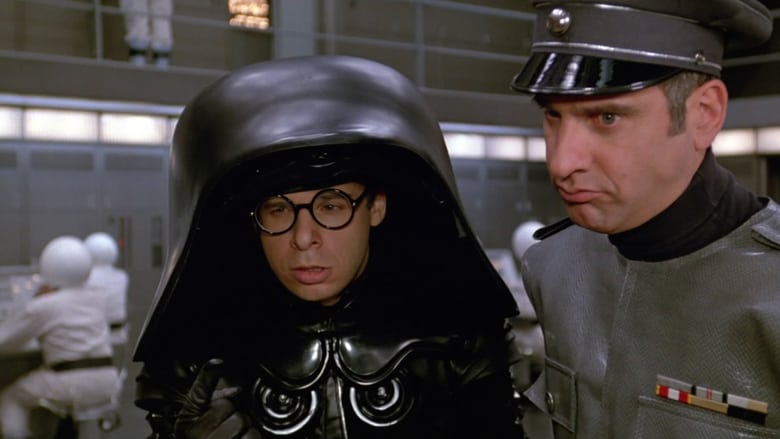 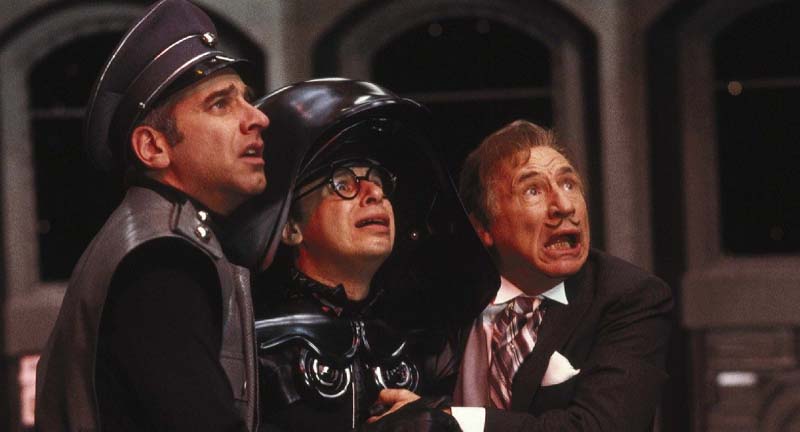 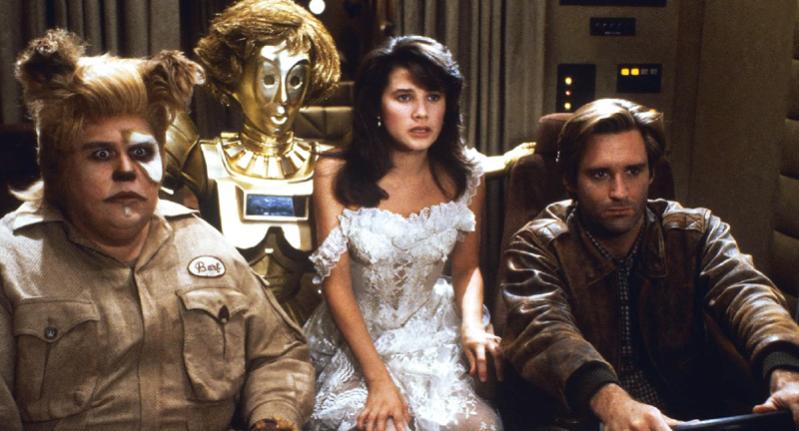 'Planet Spaceballs' President Skroob sends Lord Dark Helmet to steal planet Druidia's abundant supply of air to replenish their own, and only Lone Starr can stop them.'

I thought this might be stupid, but it was silly goofy fun. I laughed at some of the gags and it was fun seeing Star Wars and other iconic sci fi shows being lampooned. What can I say, it's a Mel Brooks film! Some good gags and clever stuff here. 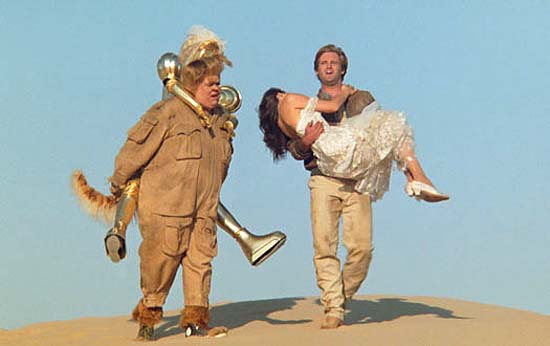 By far John Candy as Barf a half-man, half-dog alien and Rick Moranis as Dark Helmet were my favorite characters. Both actors are alumin from Canada's SCTV comedy troupe. I also liked Bill Pulman as Lone Starr and Daphne Zuniga as the Princess (they did some funny bits with her ear muff, hair poms).

Not to be forgotten was the rather gross Pizza the Hutt (get it?) And that droid is Dat Matrix with Joan Rivers doing the voice...."can we talk here?" ha. Oh and just guess who played Yogart?

At only 96 minutes you can't go wrong with this one. 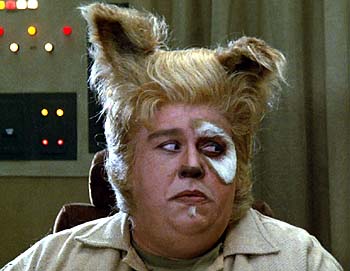