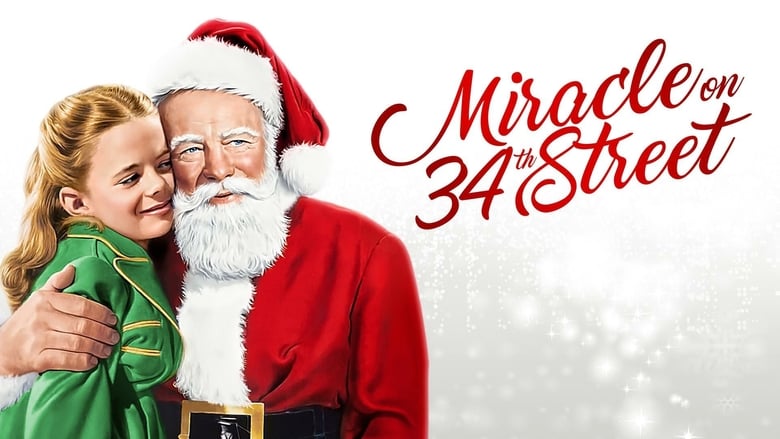 A kindly old man is hired by Macy's department store to play Santa Claus but things are complicated when he sincerely claims to be the actual Santa Claus.

I already knew the gist of the story of Miracle on 34th Street because I have vague memories of having watched the 1994 remake starring Richard Attenborough as the supposed Santa. Still, I decided that in the spirit of the season I would give the 1947 original a shot. At the very least, it's got an interesting premise that does provide an idealistic outlook on the holiday season despite how easy it was to be cynical about concepts like Christmas or Santa Claus. The film gets started when an elderly gentleman named Kris Kringle (Edmund Gwenn) discovers that the Santa hired for Macy's Christmas parade has been drinking on the job and so is hired at the last minute by the parade's desperate organiser (Maureen O'Hara). Kringle does very well, which prompts the store to hire him as their in-store Santa. While he proves just as popular as ever, Kringle soon poses problems when his sincerely altruistic actions clash with the executives' profit-minded strategies, and that's before his benign insistence that he is the real Santa threatens to ruin everything.

Despite its saccharine-sounding premise, I admire Miracle on 34th Street for showing some restraint and not going overboard on the sentimentality. It still starts off as a film with a rather cynical outlook towards Christmas, with O'Hara being a single career woman whose business-minded worldview influences her young daughter (Natalie Wood) to know not to believe in Santa. This attitude also leads to friction with a neighbouring attorney (John Payne) who forms a bond with Wood and encourages her to believe in Santa. The film also teases the very real possibility that Kris Kringle really is a delusional old man after all; the fact that there are Macy's staffers who are willing to overlook this for the sake of their business's continued success lends an interesting subtext to the proceedings. However, there's not that much nuance to the proceedings (such as Kringle being evaluated by a psychiatrist who seems to have more psychological problems than every other character in the film) and the film's development into courtroom drama during the third act may make sense from a narrative standpoint but still has some issues with pacing and resolution. Be that as it may, Miracle on 34th Street is still an enjoyable film where the idealism on display does not feel forced or unwarranted and the performances are nicely done. It doesn't quite feel like a classic, but I certainly wouldn't object to watching it again next holiday season.