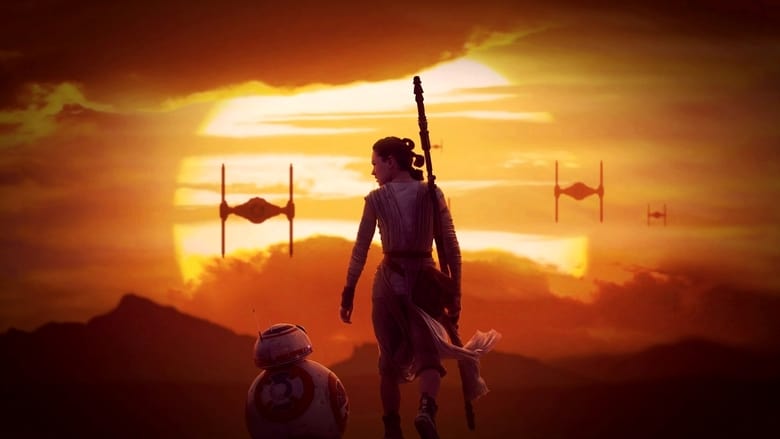 There was no way that I was going to come out of this movie with an unbiased opinion. When you well up at the text crawl the director has to do little more then tell a proper story to make you love their film. That is not hyperbole or a way to overstate my fandom. I literally welled up at the text crawl and at a couple of other moments in The Force Awakens. It should be said from the start that if anyone complains that this movie has too much fan service it is impossible to argue with them. The main reason that it is going to be nearly impossible for fans of this world to come away unsatisfied is fan service. The thing is after waiting twenty years for a sequel to the greatest trilogy ever created, fan service can not only carry a film it was really needed. The way that I reacted to this film emotionally and the way that my crowd reacted audibly are proof that fans were not ready to say goodbye to the characters and world that Lucas created.

Maybe a lot of directors could have taken over this franchise. There has certainly been enough talk about everything the prequels got wrong in comparison to the beloved originals. Abrams deserves credit however, because he listened to that talk and delivered the goods from a visual stand point in The Force Awakens. I am not always the best eye when it comes to CGI versus practical effects. It is easy for even me to see that this film feels stripped down when compared to the flashy sterile feel of the prequels. Abrams knows there is nothing wrong with a little dirt and grime in this universe. We are supposed to be thrust into a galaxy at war. Where the uniforms are worn by combatants and the vehicles have been used. Abrams understands this and rightly traded in the glossy showroom look of Episode I-III for the lived in world of IV-VI. The other noticeable difference is the script. Don't get me wrong this isn't Tarantino dialogue. It is more than serviceable though, especially when compared to the clunky eye-rolling scripts of the prequels. It is not perfect. There are a couple of scenes that would have been on the cutting room floor if I had my way. However, I was constantly engaged with both the old characters and the new. There is plenty of humor and I think it all lands. Again, Abrams really understands what the fans responded to the first time around and gives us more of what we have been craving.

I really think the new characters are well done and will propel this franchise forward. There is a lot to talk about when it comes to the new characters but I am very content to let that talk happen over the next couple of months. This movie definitely needs to be experienced spoiler free especially for fans of the franchise and I would not do anything to put that in jeopardy for anyone who may be reading this. Abrams has done a great job of instilling the characteristics into his new characters that made the old ones so great while also keeping certain information at arms length so we are completely invested in the story as it unfolds both here and in future chapters to come.

The hype is real folks. I have not sat with a crowd that was so into a film since seeing The Avengers. I have not been this excited to make a return visit to the theater for a movie since, well, maybe never. I am certain to go see this at least one more time and probably two. I have never seen my children so engaged on an initial viewing of a film. During the final scene my oldest was repeating a phrase to me over and over again in anticipation of the inevitable. I want to talk about this film with fans who have seen it. So get out and go watch this thing. Star Wars is back and aims to please.
» More about Star Wars: Episode VII - The Force Awakens
» More reviews of Star Wars: Episode VII - The Force Awakens
» More reviews by seanc