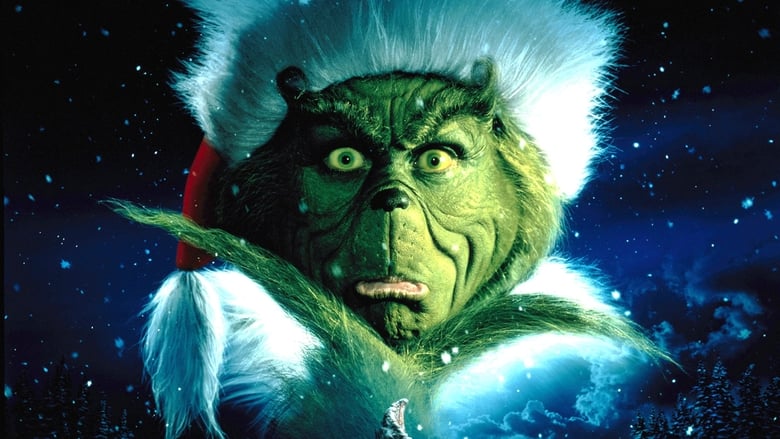 How the Grinch Stole Christmas

"That's what it's all about, isn't it? That's what it's always been about. Gifts, gifts... gifts, gifts, gifts, gifts, gifts! You wanna know what happens to your gifts? They all come to me. In your garbage. You see what I'm saying? In your garbage. I could hang myself with all the bad Christmas neckties I found at the dump."
-The Grinch
The 2000 live action adaptation of the Dr.Seuss 1957 classic, How the Grinch stole Christmas is the first feature length rendition of the author's work. The screenplay was written by the team of Jeffrey Price and Peter S. Seaman (Who Framed Roger Rabbit) and was directed by Ron Howard, who is better known for his directing skills in films such as: The Da Vinci Code, A Beautiful Mind, Ransom and Apollo 13. It even stars comedy heavyweight, Jim Carrey, as the Grinch and the Hannibal Lecter himself, Anthony Hopkins provided the film's narration. The film had a budget of $123 million dollars and more than earned all that money back by becoming the top grossing film of 2000 (Out grossing films such as: Mission Impossible 2, Scary Movie and even Cast Away!)

This film only further proves that just because something is popular, doesn't mean that it's good, in fact this film is okay at best. The film crew managed to create, as Roger Ebert put it, "A dank, eerie, weird movie about a sour creature who lives on top of a mountain of garbage, scares children, is mean to his dog and steals everyone's Christmas presents."

That is perhaps my biggest criticism of this film, it's not the jolly, colorful tale that Theodor "Seuss" Geisel initially wrote back in 1957. I can completely understand having to add new material to the only 69 page long children's book that the film is based on to make it feature length, but the screenwriters didn't just shift gears, they down graded vehicles! The humor is far too grotesque, this is noticeable, not just through the one-liners, but the very character design of the villagers with their stubby pig noses.

In addition to the crude humor, the film fails to stay true to the original source material, as in the children's book the villager's were not materialistic at all, but the Who's in this film care very dearly about their material possessions. The biggest culprit of this is the town mayor, Augustus Maywho, who tries to convince Martha May (played by Christine Baranski) to merry him, not for love, but so that she can "win" a new car.

I love the idea of the filmmakers giving the Grinch a backstory, his resentment towards the villagers for picking on him as a child makes him a relatable character, I just wish that they delved a little further into that, rather than spending so much time, energy and effort into designing the over the top costumes, special effects and sets. That being said, the best quality of the film, what audience's have and continue to get the most enjoyment out of is Jim Carey's performance. Jim is hilarious and will have you laughing throughout the film.

The other redeemable quality of this film and what saves it from being one of the darkest family film's in recent years is Cindy Lou Who, played by child actress turned rock star, Taylor Momsen. It is Cindy Lou Who that teaches us to give people (and in this case Grinch's) the benefit of the doubt and look for the good in everyone.

This is a film that will have you laughing, but won't put you into the Christmas spirit. If you like the Grinch, I recommend you watch the 1966 TV special instead.