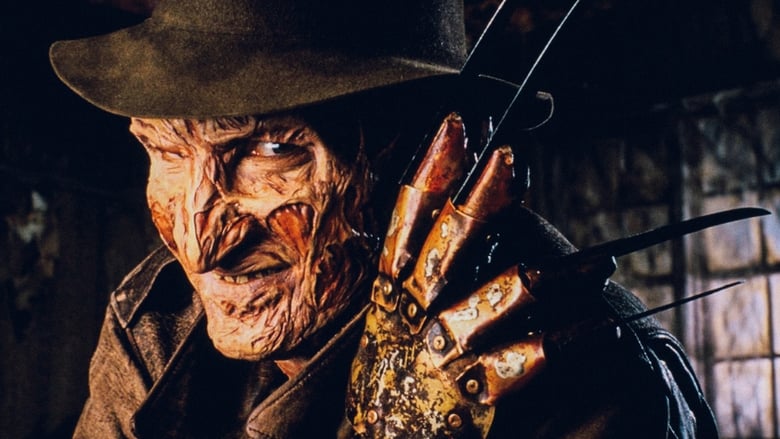 No matter how much you tweak and turn with an icon,
you will never match the impact of when it was actually born...

Review from my horror list
The first ever nightmare from the mind of Wes Craven came creeping in the 80s and flipped the genre 180 degrees. The first film is definitely the best in the series and the one that got everything right from the start; some of which the latter films never quite captured to the same level of creative brilliance. The incarnation of the sweater wearing mass murderer was presented to perfection in the original, even considering the fact that you sometimes see a franchise sharpening the characters and atmosphere over time (like with ‘Friday the 13th’ for example). And though we later saw some playful death scenes and inventive continuations of the Freddy character and ‘Nightmare’ universe, it never came close to the original in terms of style nor substance…

Sometimes I hate to discuss those films, which was either universally acclaimed or widely considered to be cult classics. It is so hard to come up with something new and constructive to say, because everyone and their grandmother have already went over it ten times before. Even considering I always try to spice the actual writings up with diverse language, humorous references, syllables and whatever else might spring to mind, it still won’t make up for it. But screw it … ‘A Nightmare on Elm Street’ came along after the likes of ‘Halloween’ and ‘Friday the 13th’, two films of which could be categorized respectively as the slasher originator and the one spawning directly from its very success. What was needed here was definitely a re-imagination of the genre, and even though it was rather early in the popularity of the slasher subgenre, a true original idea would be needed for the film to earn more than just tickets at the box office. And this is where Wes Craven came up with the idea of bringing the slasher genre into your most vulnerable and personal place – your sleep, or more precisely, your nightmares. That did indeed work perfectly, and the film does a great job at creating the sense of a visual nightmare actually taking place on screen, using some amazing and unnerving music, and of course… Robert Englund was simply born for the role as fried-skin-Freddy.

'A Nightmare on Elm Street' has to be one of the biggest and most influential cult classics in the history of horror… How can I not love and appreciate this film and even rank it as one of my favorite horrors ever made? This cinematic nightmare simply has it all: an awesome villain, a cute leading female character, a ‘nobody’ later turned celebrity, a creepy-ass soundtrack, and of course all those little things like people getting sucked into beds and some quite literal tongue-in-cheek phone sex... I mean seriously, what is there not to like here?
Aha, yes, that’s what I thought...