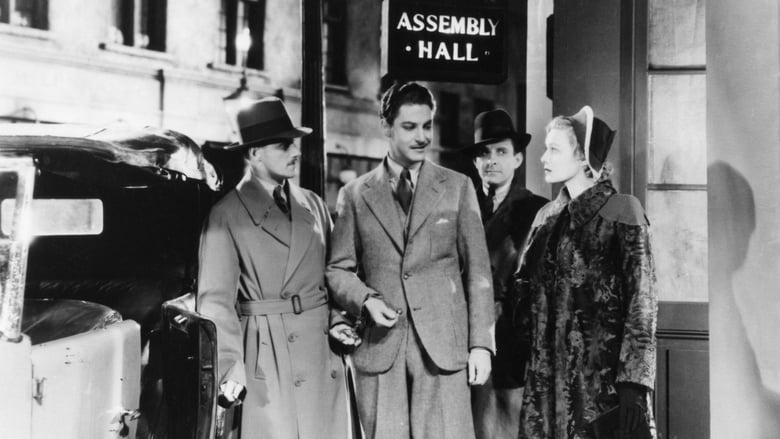 A Canadian national is framed for murdering a woman and soon becomes embroiled in a plot involving an organisation of spies.

Quite possibly the first great film that Hitchcock ever directed (though I concede that I have not seen all of them), The 39 Steps gave me the same feeling that I got when I first watched Hayao Miyazaki's Laputa: Castle in the Sky, namely that I was watching a cinematic master coat the silver screen with all his raw creativity but with the caveat that many of these same concepts would definitely be refined in the director's later, greater films. The 39 Steps most prominently features one of the key concepts that would come to define Hitchcock's career, namely that of the "wrong man". In this film, the wrong man is Robert Donat's priggish Canadian who goes home with a woman following a shoot-out at a prominent London nightspot only for her to reveal that not only was she responsible for the shooting but that she has knowledge of something known only as "the thirty-nine steps". Donat later wakes up to find that the woman is dead and he's being framed for her murder so he quickly goes on the run and must search for the truth so he can clear his name. A pretty simple concept, but hey, this is 1935, complex film stories hadn't been invented yet.

Hitchcock's mastery comes from the myriad ways in which he would work around the moral codes of the day and The 39 Steps does that considerably well. It even works well enough to sell the occasional off moment, such as Donat attempting to hide from pursuing police officers by suddenly snogging Madeleine Carroll's prim train passenger - the fact that it doesn't work in the slightest only works in the film's favour. The film doesn't feel dependent on music to ratchet up the tension either as many a scene plays out with only the diegetic sounds echoing throughout the audience's ears. It may lapse into screwball comedy once Donat and Carroll end up being handcuffed to one another through circumstance, but that's not enough to sink the tense mood that Hitchcock has already built up through the preceding film. The plot may also be dependent on the kind of plot device that the director would later refer to as a MacGuffin, but that hardly makes a difference as it crafts a very tight story that is over and done with inside of 90 minutes. While Hitchcock undoubtedly made many better films, he still makes a good one here as he uses a simplistic plot to create everything from darkly awkward comedy to persistent tension. A good enough film, but only really worth watching once you've exhausted enough of the man's later classics.