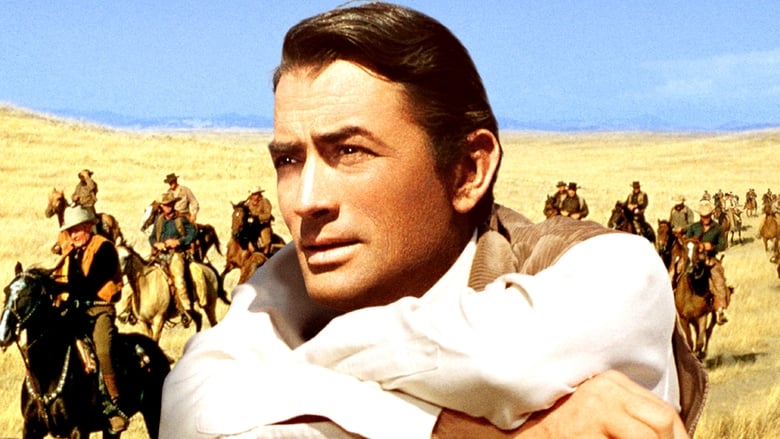 An affluent sea captain from Baltimore travels west to visit his girlfriend in her hometown only to find himself in the middle of a conflict between two feuding ranchers.

Epic Western melodrama The Big Country certainly lives up to the scale implied by its title as it follows an urbane sea captain (Gregory Peck) as he travels out west to be with his girlfriend (Carroll Baker), who he met while she was visiting his hometown of Baltimore. While in her western hometown, he encounters the local schoolteacher (Jean Simmons) before being attacked by a handful of brothers (featuring Chuck Connors as the eldest and most vicious). Peck soon learns the reality of the situation; that his girlfriend's father (Charles Bickford) is a land baron who is constantly doing battle with another land baron (Burl Ives) over who gets the rights to access the large body of water on a tract of land that just so happens to belong to Simmons. Other factors threaten to complicate things, whether it's the fact that Ives is the father of Connors and his ilk also complicates matters severely or the rivalry that develops between Peck and the brutish foreman (Charlton Heston) for Bickford's estate.

i]The Big Country[/i] is ultimately pretty standard fare as far as bombastic Hollywood epics go.This much is clear in the way that it handles the various relationships between the principal characters, relying on the actors' talents to save them more so than any particularly smart writing. Peck proves a solid lead for the film to build around, with his deep but smooth delivery carrying a fundamentally stubborn character who still manages to be charming when he needs to be. Simmons is a major player in this instance as she starts off the film in a way that pretty much guarantees she'll figure into the film's greater plot, whether she's fending off advances from Connors' love-to-hate bully or expressing her concerns about her vital role in a turf war between two patriarchs (and she has good chemistry with Peck to boot, especially in the scene where they trade disturbing anecdotes). Bickford and Ives manage to embody two very different sides of the film's main conflicts as the fairly posh yet morally inscrutable military man and his slovenly yet weirdly honourable rival respectively. It's very easy to see how Ives won an Oscar for his turn as the man who is ostensibly set up as the villain of the piece, but it's to the film's credit that he does amply deliver a depth that only becomes deeper with each passing scene. Even though the plot ultimately leaves Baker to flounder, she at least gets in some decent moments, especially when she's put in contact with Heston, who can communicate volumes through his steely blue eyes and can play a violent bastard as well as anyone.

When you watch a film as long as The Big Country, you might have to question whether or not it needs to be as long as it does, and in this film's case I question it quite seriously. Despite the clearly epic scale on display as it fills its frames with grassy countrysides or stony canyons, it's easy to wonder whether or not some of the more extraneous scenes could've been redone or even cut completely. There are plenty of good moments peppered throughout, such as Peck's inevitable brawl with Heston or his attempts to tame a particularly unruly horse. Ives steals pretty much every scene he's in right from his introduction that sees him crash Bickford's party and only gets better as it heads towards its rather engrossing third act. The Big Country thus ends up being a fairly decent example of a grand-standing Hollywood period piece, but its considerable length ends up undermining strengths such as a solid acting ensemble or its collection of well-done stand-alone scenes.