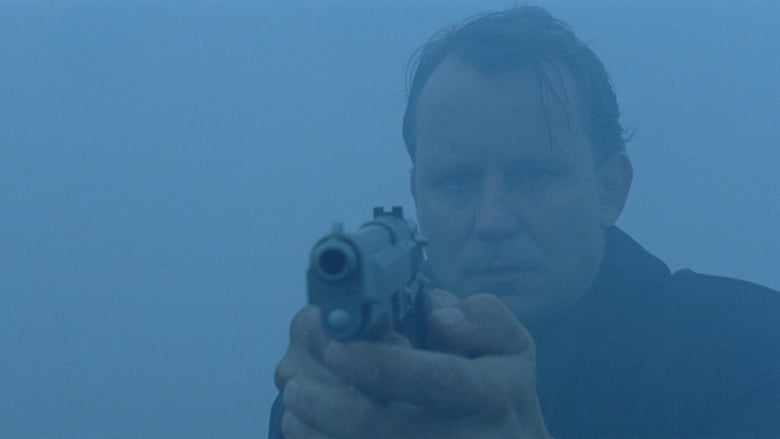 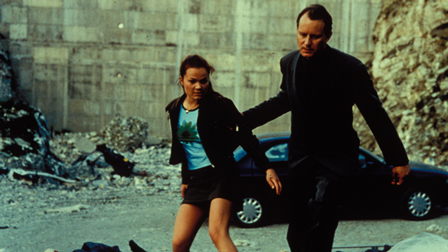 Wow. Today I wanted to watch something real. I truly got it with this stellar debut feature from Skjoldbjćrg. I watched an American made film of his recently, Prozac Nation. I found the film- while flawed- slightly under appreciated. Insomnia is completely under appreciated though. One of the greatest crime thrillers ever made, the film follows a sociopath detective who makes a grave mistake by accidentally shooting his partner. Played by Stellan Skarsgĺrd in a convincing and gripping performance. The film holds tension throughout. Every single scene, even the most uneventful are intense. And all somehow equally so. A scene where Detective Engstrom is struggling to sleep is just as intense as the scene where he meets the suspected killer he's searching for. And this is somehow despite the predictability. I knew what would happen at the end of each scene from the initial entrance, I pretty much knew how the whole film would play out after the first 25 minutes. Yet Skjoldbjćrg and Skarsgĺrd team up to make it surprisingly gripping. Proving how important atmosphere is to making a great film.

The film is highly symbolic. The efforts of Detective Engstrom are bothered by the bright sun peering into his room. Unlike most horror, thrillers, and mysteries Insomnia does not rely on darkness, but instead light. Everything happens in broad daylight, and even in the final scene where everything goes dark except for Detective Engstrom eyes- the "light" in the scene is the only chilling part about it. There's one scene in particular that I think has the most symbolic image. When Detective Engstrom enters a "suspects" room to continue on his path of lies there's an image of Freud glaring next to him. "The Truth Will set you free" is a Freud quote that immediately comes to mind, and clearly the detective is not free while he's continuing his path of deceiving those around him. I don't think I'm over analyzing this either, because in this film every prop is important and has some reference.

I have not seen Nolan's remake, nor do I plan too. I'm much more likely to just rewatch this film. As I mentioned I was looking for something real, and I believe that's much more achievable with a cast of nobodies compared to a star studded cast of Al Pacino, Robin Williams, and Hillary Swank. I think I will stick to Skarsgĺrd, Mathiesen, and Bjřrn Floberg. In this cold, extremely graphic yet tasteful, thriller in a Norwegian town where the sun never sets- which I now realize is terrifying.