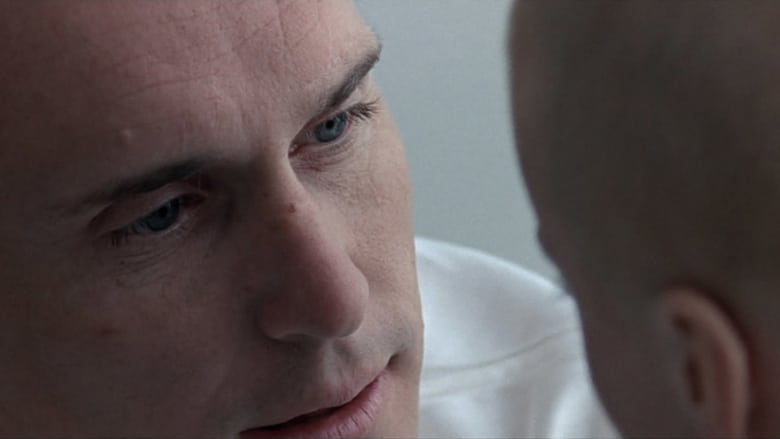 In a dystopian future where people's emotions are repressed and, a man and woman end up rebelling against the oppressive regime.

George Lucas's first foray into feature-length filmmaking is a pretty standard example of 1970s dystopian cinema that takes place in a world where humans are referred to by serial numbers (for example, the title is the name of Robert Duvall's protagonist) and have their humanity repressed by a combination of factors such as mass-produced medication, booths dedicated to religious worship, and robotic enforcers that are very willing to resort to physical violence to keep the humans in line. As with many other dystopian films, the plot is driven by a need to escape from the film's oppressive reality by any means possible, and Duvall eventually conspires to escape with his roommate (Maggie McOmie) with whom he has developed a romantic connection that is outlawed by society. Thus begins a journey through the reasonably well-developed but not too inventive world of the film as Duvall encounters all manner of obstacles in his bid for freedom, most notably when he gets imprisoned over his rebellion.

THX 1138 is decent enough for a feature-length debut that draws in some considerable talent (aside from Duvall, distinguished character actor Donald Pleasence shows up as a fellow citizen) and has an interesting enough visual aesthetic with its metal-faced police officers and bright white prisons, but it's let down a bit by the fact that it's not an especially inventive film in terms of plot or characterisation. The characterisation can't really be helped due to the fact that every character is supposed to be an emotionless drone with no personality, but at least Duvall sells his own character's doubts reasonably well on occasion. The plot suffers because, well, it's a pretty standard dystopia plot and thus it only seems to exist in service to the world as opposed to vice versa. The satire on display is pretty entry-level, but at least the visual style is decent. While THX 1138 doesn't exactly do anything especially new when it comes to dystopia fiction, it's still a short and somewhat watchable film that might be worthwhile for sci-fi fans looking to see a different take on a familiar sub-genre, but if that sounds like you then you shouldn't get your hopes up over this being amazing.