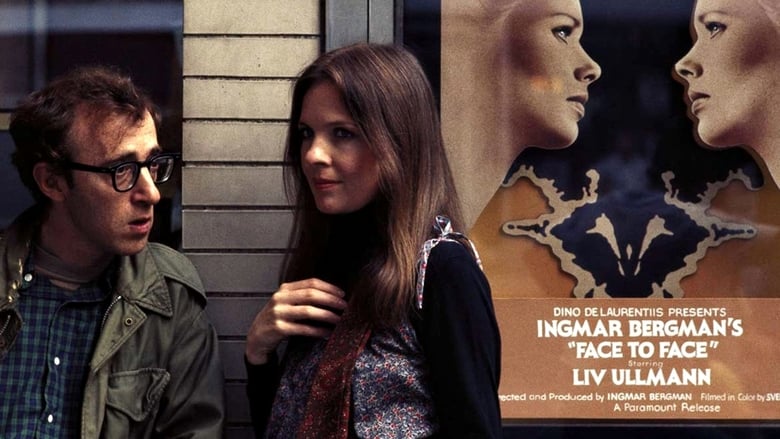 Moment of pure gold, and it's one of many.

Annie Hall is another great film that grasps the flow of an entirely human life – but in a different way. Normally, even brilliant films need additional exposition and imagery to deliver the impact. In Annie Hall, that doesn¡¯t happen. It¡¯s one of the very few films that disassemble a commentary on love and passion with only talking. Endless talking. The characters talk and talk and talk during the entire movie, but when the opening monologue is funnier than most stand-up comedian jokes you¡¯ve ever seen, you realize you¡¯re not dealing with just any endless chatterbox.

This is not a comedy about sharply executed, cynical lines of hilarity timed perfectly, penned by several writers who are writing for the sake of a couple of jokes that will hold under the duress of whatever far-fetched ridiculous plot thrown into the mixing pot. In the world of Annie Hall stuttering is a common thing and the awkwardness is the knee-slapper, and occasional randomness (ex. A half-eaten sandwich from Annie¡¯s car) blend in perfectly

Thus, the characters are flawed, as all comedic characters are, but Alvy Singer (Woody Allen) and Annie Hall (Diane Keaton) are so natural at bringing them to live. Sometimes I forgot that the charm comes out from good acting, casting and a brilliant script The former is a scoring strike; the lines and even the facial expression are just for the actors, instead of the other way around. The latter's cliche destroying abilities show early on When Annie meets Alvy for the first time and takes him to her place and offers a drink, the scene could easily revolve around one of them getting drunk and creating havoc as things break and embarrassment is forced¡¦ oh the hilarity. What the film does is cleverly stand on the edge, keeping your eyes glued to the conversation, as witty subtitles showing their insides thoughts come and go, wondering how it all ended up, not what is going to happen afterwards. Because as I stated earlier, the film is solely driven by dialogue, resulting in the plot is semi non-linear.

We already know Alvy met Annie, started to love each other, and then broke up. It¡¯s told in the very beginning moments of the film. This has both pros and cons, but in a film like Annie Hall, the progress at the center of the movie, not the result, is more effective. It gives a space for endlessly quotable dialogue, intellectual humor placed in situations nobody would expect, and when they hit you it is a delight.

Egregious amounts of neurotic behavior and idiosyncratic elements come from the mind of Allen¡¯s character. It¡¯s almost impossible to expect a girl to keep dating you after pushing her to listen to college courses. A question is inspired: is this all really happening? The story is told solely through first person, out of order, partially surreal, talking to the audience and even the moments that seem legitimate have a humorous uncertainty. Another great trait of the film is the close boundary between fiction and reality, and it¡¯s all up to the viewer¡¯s interpretation. It makes a film meant for a wide audience at the same time meant for each individual.

The script is of course a one-of-a-kind, but it blinds a key aspect of the film (other than Christopher Walken's performance), and that¡¯s the direction. Now, in recent years, I prefer Allen writing stories instead of being at the helm, but Annie Hall is different. It is a film with great direction, as good as anything else. Allen¡¯s direction is swift and understanding of what kind of film he¡¯s making. He preferred shooting scenes in long takes, and having the actors interact inside a single shot. Annie Hall is a fast film with words coming out a rapid speed and precise flaws; frequent cutting would have easily been an annoyance. The film isn¡¯t a series of short, blunt firing of a pistol, but more like a rotating machine gun that never misses the mark no matter how far out it is.

Okay, so I mentioned the script and the direction, so does the movie¡¯s laugh-o-meter reach pretty high? Short answer: yes. Long answer: Who knew constant observe and report could be so funny. I laughed, I laughed hard, and I¡¯m part of the generation where bad quality and humor and good quality humor blended together to create a level of mediocrity and blandness we all had to enjoy because it¡¯s the only entertainment available. And it worked, because the formula was made according to the majority¡¯s taste.

Annie Hall is a film that recklessly charges straightforward and creates trend. There aren¡¯t any films like this anymore, because everyone is afraid of assuming nobody knows who Fellini or McLuhan is, when all they need to do is try harder. Even though you don¡¯t know who Fellini and McLuhan is, the scene where a guy waiting in a theater line endlessly rating about him is flawlessly funny, because I¡¯m sure some of the audience who waited to see Annie Hall had to deal with a certain loud and pretentious moron.

And when we just want to kick that guy out and send him to oblivion, the film does just that – a fourth wall break from Alvy brings in McLuhan to criticize the man. Then chimes in Alvy once again saying, ¡°If only real life were like this.". Right in the feels.

On the outside, Annie Hall is honest, simple, and not greasy, and on the inside riddled with clever references and a few perfectly placed surreal moments, that aren¡¯t an interruption, but more like a multiplication of a whole. It connects so well with young men and women everywhere, and their worries are transformed into a wonderful film. The greatest comedy is not only one where you laugh at the characters, more importantly when you constantly laugh with them.

I ended a review of a film with a note similar to this one, and it was The Graduate. Both are warm soup for the struggling soul, but the two are totally different. The Graduate started an age of heat, in a sexual sense, and Annie Hall, in a way, sort of cooled it down into the right direction. But in the grand scheme, it doesn¡¯t matter, because both are great, and both had people everywhere asking ¡°Mrs. (insert name) are you trying to seduce me?¡±, then leaving with a nervous ¡°La-Dee-Da¡±, hoping not to meet a spider as big as a Buick on the way home.

Footnote: I loved this film way more than my first viewing, but for now I¡¯m giving it a conservative rating.