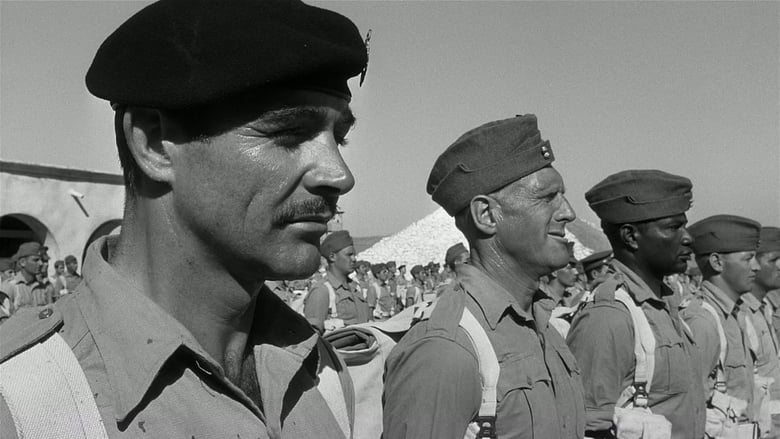 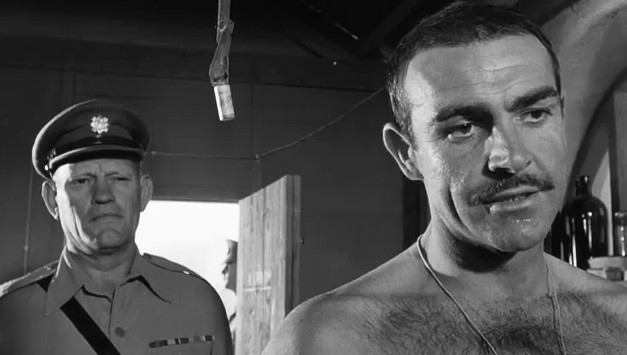 During World War II, a handful of new inmates are sent to an especially brutal military stockade in North Africa.

The Hill is an impressively grim little film thanks to its combination of both prison and war tropes under the supervision of Lumet's characteristically unsentimental direction. Sean Connery headlines the film, but this is a far cry from almost any other role I've seen him play (with the possible exception of Zardoz, but at least this role is anchored to a realistic drama for a change). He plays a disgraced NCO whose refusal to follow suicidal orders lands him in military prison under the care of a sadistic overseer (Ian Hendry). The titular hill is a brutal disciplinary measure that Connery and his fellow inmates are made to run up and down repeatedly while carrying heavy objects. It makes a good couple of hours of extremely realistic drama that is shot by quasi-documentarian monochrome camerawork and with a complete absence of music.

There is a good cast at work here, but it's hard to ignore Connery's very against-type performance whose turn as a roguish soldier has more depth to it than you'd expect (especially in the film's final half-hour, which I can't believe comes from the same man who defined the world's most suave fictional character). Another actor of serious note is Ossie Davis as a West Indian inmate who not only has to deal with the standard rigours of the stockade but also with the relentless racism of guard and prisoner alike. The Hill deserves credit not just for its stark depiction of a World War II stockade and its inhabitants, but also because of a narrative that still seems to subvert a lot of typical prison/war tropes even in a film from 1965. It's not particularly graphic in its depiction of prison brutality but it's still not a particularly easy watch as it explores the cruelty of old prisons as filtered through the dangerous jingoism of old-school British imperialism. I also can't believe how it ended. Definitely recommended.