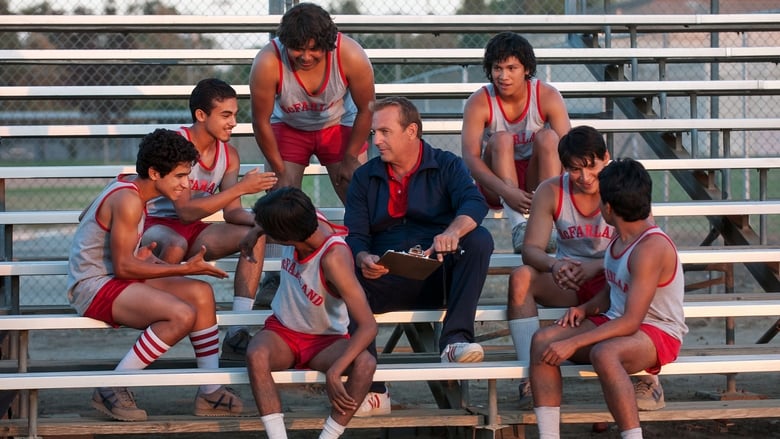 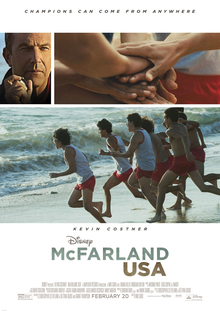 A cross country coach in a small California town transforms a team of athletes into championship contenders.

It's 1987, and Jim White (Kevin Costner), a struggling teacher, has again been fired from his job. With a family to support, Jim is running out of options to take care of them. He decides to move to McFarland, California, and take up a teaching job there. Jim is immediately put off by the poor state of the community. McFarland is one of the poorest cities in America and the youth in the area struggle to make ends meet.

Due to the poor football team at McFarland, White decides to invest in a cross country team after witnessing several of his students in action. The film follows White and his efforts to train these young men and give them an outlet to college.

McFarland is a very decent family sports film, but like so many other Disney produced sports movies of recent times, it is so darn predictable. A Disney sports films today almost always follow the same basic formula; conflicted lead struggling with family and job, underdog team who rises from nothing to become something, and always end up achieving success. While this film is based on a true story and is only being told in the way that it happened, this method is all too apparent in other sports films; especially ones produced by Disney.

Kevin Costner is everything you would expect from your lead head coach. He is disciplined and committed to the cause. His wife, played by Maria Bello, seems out of place at times. It sometimes feels that she is overacting and a little too dramatic for the story they are trying to tell. When it comes to the supporting cast of athletes, I have no complaints. Many of them are first time or very new actors making there first appearance on the big screen. They aren't required to do anything too out of the ordinary, but were fully capable doing what they were given.

If you want a smooth, straight forward, feel good sports film, than McFarland is right for you. I'm perfectly fine with sports films such as these, but I just wish Disney would take some more chances in the future when making another sports movie.