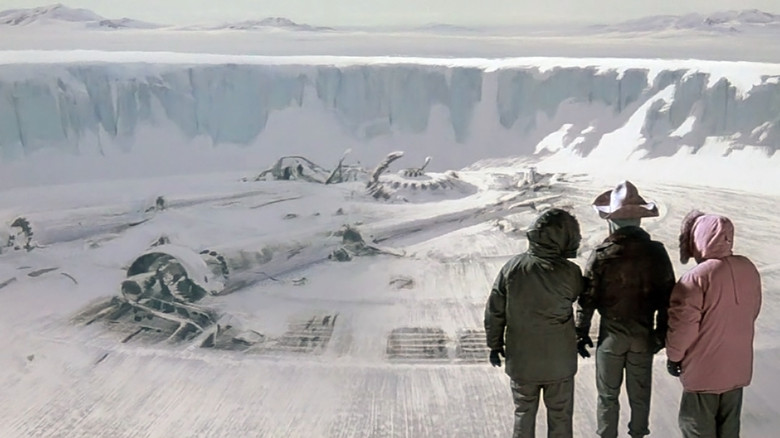 
Premise: In the dead of winter in Antarctic an alien spacecraft is found frozen under the ice by a Norwegian research team....Later, some sort of alien creature-thing invades the U.S. research station. The men can't tell who's human and who's the Thing.

Review: I first watched The Thing in 1982 when it was released at the theater. On the big screen The Thing blew me away. The story was creepy and suspenseful and the setting in a remote Antarctic research station made the movie forbiddingly desperate. Kurt Russel is really cool in this one too. Without him I'm not sure if the movie would have worked as well as it did. I always considered this one of the greatest sci-fi films made.

It had been 15 years since I last seen it. Last night I revisited The Thing and I seen a different movie. Perhaps the 32 year old special horror effects just didn't stand up. Yes, I know it's not fair to judge an old movie by today's CG standards. But the close up horror/creature scenes were a distraction to me and got in the way of the real story, which is one of suspect, paranoia and suspense. The scenes in the Norwegian camp, and in the dog kennel were effective and added to the suspense, but some of the other scenes were over the top. As the camera zoomed in for a close up of the creature, I couldn't help but see the props as fake. There's an adage in film making 'show horror elements in brief, dark scenes'. I wish that had been done here. 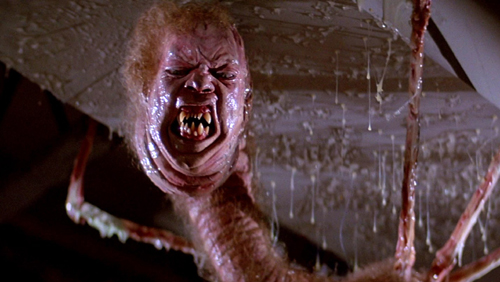 John Carpenter has style and a knack for flair, but he doesn't pay close attention to details. Had he been more detailed orientated, he could have made a tighter film. It's the small details that could have been changed that would have made this into a 5 star film.

The other aspect of the film that bugged me was the poor dialogue and characterizations. Some of the dialogue sounded like first draft stuff. Especially after they find a spaceship, and then find a dead mutant alien... then they see a dog transform into a hellish looking creature!...that's when we get the scene where Childs is playing the antagonist by calling BS on the idea that the Thing is from another world. Hell! he just seen a dog mutate into a monster, how much more convincing does he need?

On the plus side I wasn't bored, the movie is exciting and suspenseful...The Thing held my attention and I enjoyed it. Is it a master piece no, a fun flick, yes!