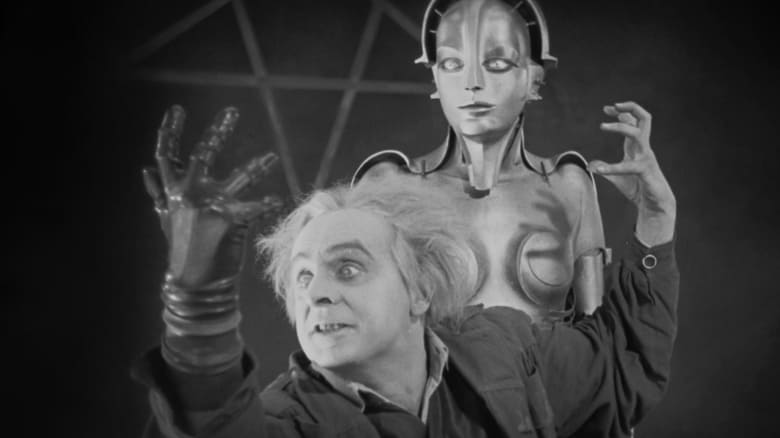 Disclaimer: This review concerns the 2002 restoration of Metropolis.

In a futuristic city that is divided into the luxurious upper half and the oppressive lower half, the son of the city's wealthiest businessman becomes embroiled in a plot to engineer peace between the two halves.

I've made at least one or two attempts at watching Metropolis over the years, but I've never made it to the end. This wasn't necessarily because I found it boring or uninteresting - more like putting down a book and never quite getting around to picking it back up again. Now I've picked it up again and am definitely glad that I did (making sure to find a DVD copy of the 75th anniversary restoration so I can eventually compare it against the 2010 restoration that's currently available on Netflix). All I can definitely say about Metropolis (in this version, at least) is four words - "better late than never".

Metropolis has definitely held up well over the decades. Though it has undoubtedly been imitated and improved upon by subsequent films, at its core it's still a fundamentally strong example of science-fiction. The nature of its allegories and metaphors don't exactly come across as subtle, especially considering how one of the title cards spells out the film's message before the film proper even begins, but there's still a solid dystopian narrative that manages to make quite a lot out of its examination of class warfare and opportunism. The sets and models are especially impressive in their scale and detail, especially during the exceptionally ambitious climax. The acting, well, it is what it is for a silent film, but the actors do put considerable effort into striking the right balance between too subtle and too overstated - though when they are supposed to show range, it works (especially with Brigitte Helm, who has to display a variety of emotions due to the demands of the story). The music on display in this version is also impressive and invokes a variety of moods despite its relative simplicity.

Though this particular version of the film is still missing large chunks of it that have to be filled in with lots of text (some of which sounds quite captivating in its own right), it's still solid enough. Hopefully the 2010 version will fill in those gaps. Regardless, what remains of Metropolis is still quite the masterwork. Never mind the simplicity of its story in relation to its lengthy running time, it more than makes up for it with some stunning effects work and elaborate production design that I still have a little trouble believing was achieved in 1927. Expect a review of the 2010 version at some point in the future - hopefully it will improve on what's visible here, but it's not like there's much that needs improving.