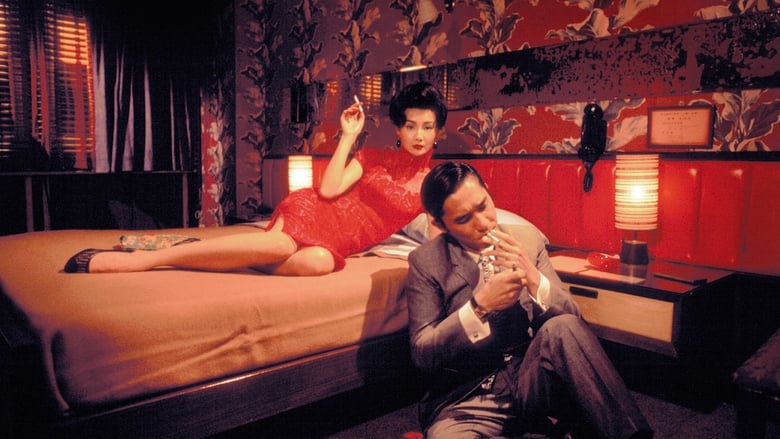 In the Mood for Love has been on my to-do list for a long time. I've generally been pleased with all the Kar-wai films I've seen so far (The Grandmaster is the closest I've seen to a dud and even then it's still fairly good), so of course I had high expectations for this, which rather predictably involves another romantic story given Kar-wai's eye for detail and subtlety. Though the film does feature a considerable amount of cast members, it really is all about Tony Leung and Maggie Cheung as the two leads. Like many of his roles, Leung is soft-spoken yet charming when he's not dealing with various irritations, while Cheung's polite friendliness manages to mask a growing sense of discontent with her busy life. Both characters are married to spouses that aren't present in both the literal or figurative sense (to the point where any scenes involving either of them involve them appearing offscreen or out of focus, which I thought was an interesting touch). Director of photography and frequent Kar-wai collaborator Christopher Doyle captures the elaborate 1960s setting with lurid camerawork that varies between static shots and subtle movements in such a manner that best conveys the various tensions between the characters. Though the score is probably a bit too repetitive for its own good - Kar-wai frequently reuses the same instrumental score with the occasional era-appropriate song thrown in for variety - one could make the case that it allows the mood to build each time it's re-introduced.

While I don't necessarily think it's going to become my favourite Kar-wai film in a hurry, and it's also hard not to spot instances where he repeats himself for the worse (there's at least one scene that struck me as a less impressive variation on a rather powerful scene from Happy Together), In the Mood for Love is still a solid film. Though I obviously didn't go in expecting a happy ending, the film still proves gripping enough that I was genuinely curious as to how exactly it would conclude. It is anchored by a pair of great leads and, though the apparent lack of a concrete script does show at times, it's still a compelling romantic tale.