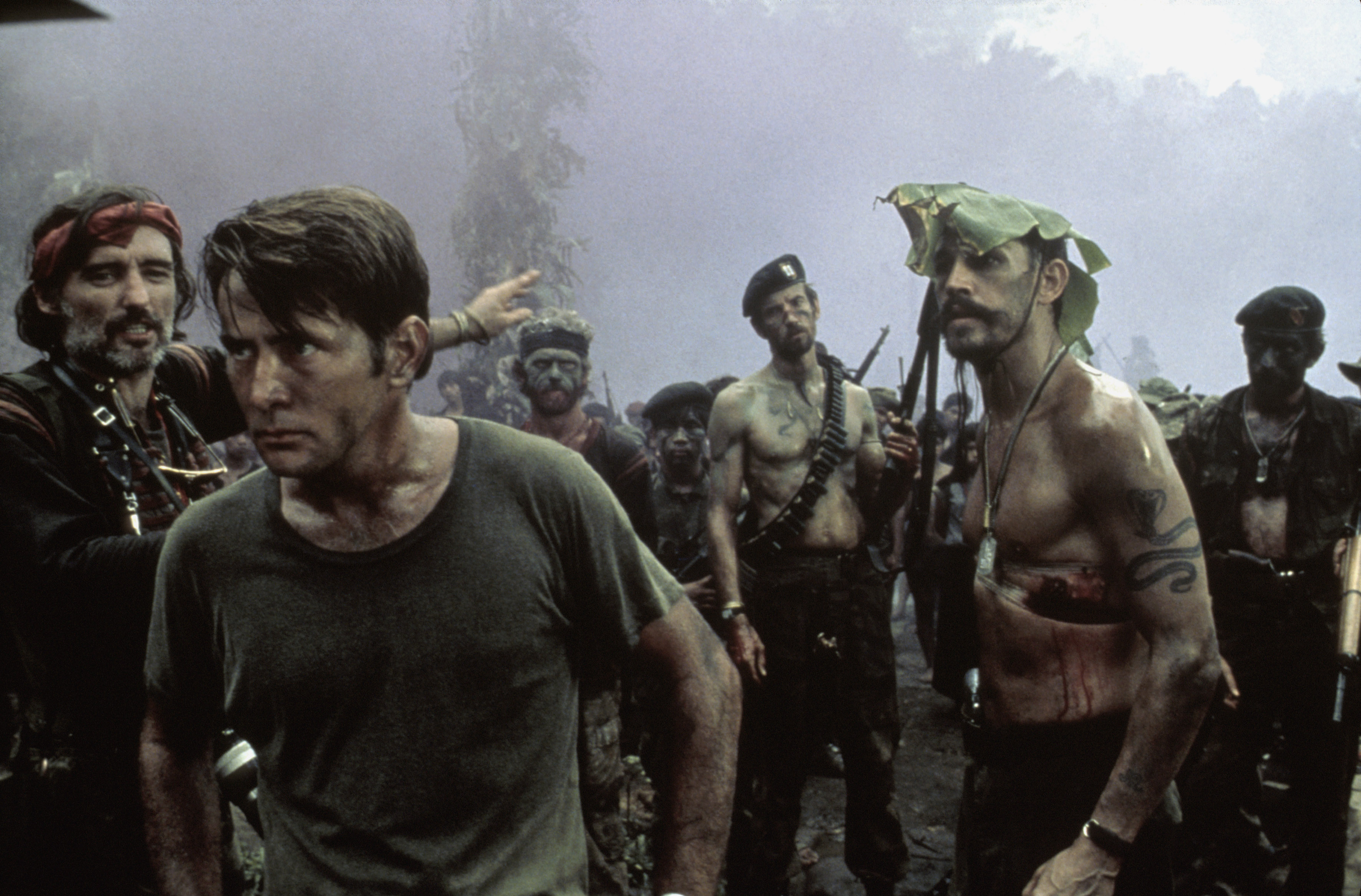 Apocalypse Now almost seems like a product of David Lynch. It certainly feels nightmarish. The music, which sounds like something from Blade Runner, adds to an overall sense of surrealism. This does not feel like Francis Ford Coppola. Coming from the straightforwardness of The Godfather films, something like Apocalypse Now seems to come out of nowhere. And putting Coppola aside, there really isn't anything like this from any other filmmaker either.

As Apocalypse Now progresses, the film slowly, and successfully, piles on the questions. What will Kurtz do when they reach his village? Is he really insane? Will Willard join him? Without trying to spoil anything for those who haven't seen the film, throughout Willard's journey on the boat, it becomes a possibility that Kurtz and Willard are past and future representations of one another in some way. It is quite clear that Willard, at the very least, understands Kurtz.

It is also quite clear that Kurtz is the embodiment of war. The atrocities, the genocide, the destruction is portrayed through the actions of one man rather than an army. Depending on who you are, you'll either sympathize with Kurtz or loathe him, maybe a little bit of both. But there's no denying that Kurtz's constant gibberish will mean something different to everyone. Some will dive deep into its philosophical meaning, while others will brush it off as a madman rambling about complete and utter nonsense.

Regardless of whether or not you think Apocalypse Now is your cup of tea, there's no denying it is philosophically unsound, while all the more thought-provoking as a result. The acting is top-notch and the cinematography is, for lack of a better word, interesting, painting both the gorgeous landscapes and horrors of combat side by side. One cannot take the story or message of Apocalypse Now at face value, for there is just so much to deconstruct and think about. Personally, I believe Francis Ford Coppola's Vietnam epic is the greatest war movie ever made.