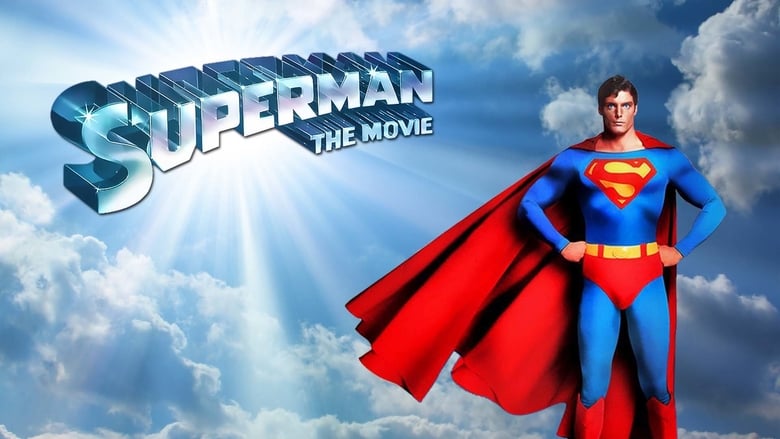 Look, up in the sky! It's the law of physics! Oh, wait - it's just Superman: The Movie.
There are certain things in life you don't bash on. The band, Queen. The works of Shakespeare. Wolfgang Amadeus Mozart. And then, there's this iconic classic.

I remember, a while ago, a friend of mine told me this when I said that the Superman theme is one of the most iconic theme songs of all time, and that I was surprised he didn't know about it. He told me, "Well, just because it's iconic, doesn't mean it's good." When I played this movie, I did go in with the high expectation that it was going to amaze me. Right now, truth be told, I am satisfied, to say the least. It certainly is a better movie than the soulless Man of Steel that tried to be more 'realistic', given the time either movies were made.

But boy, I did not expect that laughable time-reverse scene to be in this movie.

I had thought that it was supposed to be in Superman II or one of the later movies.

Aside from that ending, which has to be almost as immature a lesson taught as the lessons of The Little Mermaid and other similarly naive Disney movies, there were a couple of other things that bothered me, one of which involves the (lack of) explanation of just why a green rock from Superman's home planet would hurt him. Iron is from our home planet and it's perfectly harmless for us upon contact. So is gold and silver, some of the finer minerals that our delightful race even make an effort to seek out for the sake of profit.

But that can be excused with a suspension of disbelief, that it's a mere weakness of Superman, a plot-device, and it isn't important. Here's the thing that I couldn't really overlook - Lex Luthor knowing just what his weakness really was. Did he examine the physical nature of Kryptonians before? Did he keep a record of past Kryptonians being injured by their home-bound minerals? The comic books would probably explain it all away with some insane backstory - but we're not talking about the comic books, are we?

And that was just one of the few plot-holes I've noticed throughout the movie, including the fact that he had never killed anyone before he knew how to control his strength. And his hearing. Remember that scene in Man of Steel where a young Clark was all terrified about seeing the skeletons of his classmates and hearing a hundred different noises in his classroom?

So, with all these fallacies, why did I say it's a better movie than Man of Steel? Because it has a heart. It has a lot of heart, in fact.

Straight up from the beginning, this is a messiah story, from the Jewish themes of Jor-El banishing General Zod to 'Hell' to how Kal-El was sent to this planet to help us all. It also involves the American theme of a foreigner being accepted into the land of opportunity regardless of his origins, and being raised with the American values of truth, justice, and the American way regardless of his birthplace. Philosophical values aside, this is still one heck of a coming-of-age story, one that might even match the very first Star Wars movie, A New Hope (as long as you take out that corny ending and pretended Superman saved Lois in time). And as a superhero movie of its time, it certainly kicked a lot of ass.

Most important of all, the pacing at the beginning of the movie didn't bore me like I had initially expected. With the flashback dragging out as much as it did, I would have thought that someone like me would find it dull, but instead, I found the very thorough journey through Clark's childhood refreshing, reminiscent of strong character writing the likes of The Goonies. I just wish the insight into Clark Kent's life as ordinary citizen had as much depth, or at least, I would have liked to see more depth in his superheroic side, since most of what he did after the flashback was just 'saving the day,' rather than having those much more interesting internal, emotional conflicts in the first 40-50 minutes of the movie. Thankfully, Richard Donner explores this aspect of the character in the sequel.

Don't get the wrong idea; this movie does have flaws. Luthor here is probably one of the most pitiful antagonists I've seen in cinematic history, and that's pretty hard to pull off if you know who Lex Luthor is today. Kevin Spacey definitely had the more intimidating presence out of the two (no offense to Gene Hackman here, whom I still thinks offers a decent enough of a performance, given the script), but it is like comparing Michael Keaton to Christian Bale (Jack Nicholson gave a better performance in Batman than Michael Keaton in my opinion, and Hackman's performance, while good, was only second to better performances like Marlon Brando's); both were good performances of their time, and both had their merits. Hackman definitely has the charm and charisma to match up with Reeves, and that's also pretty hard to pull off with Christopher's million dollar smile.

The weak antagonist aside, the movie also leaves much yearning compared to later superhero movies that offered more depth and substance, but I find it hard to complain about a humble, romantic little movie like this that still gave me quite a good time.