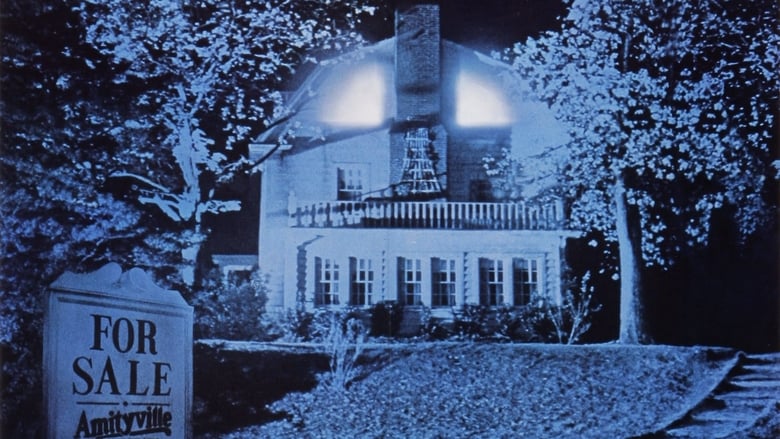 "If these walls could talk...they would SHRIEK!"
In 1977 I was ten years old and my friend, Lisa Whiteman, sat next to me at lunch and told me the scariest ghost story I'd ever heard. I found out later that the story was comprised of bits and pieces of 'The Amityville Horror', the film, the book, the phenomena. The heightened awareness of this case during that time led me to a lifelong interest (and many a research project) in the events of 'the haunting' and in the events of the actual murders that took place in the house the year before.

Amityville II, The Possession, is a prequel to The Amityville Horror and it is a disturbing and, at times, scary film. While the film is indeed a work of fiction, it does borrow heavily from the actual DeFeo murder case.

On its surface, Amityville II appears to be another schlocky sequel with an eye toward capitalizing on the success of the first film. Undeniably, there are aspects to this that are true but to anyone familiar with case testimony the film will seem somewhat familiar territory.

Without divulging plot points I'll just state the facts of the case. A family moves into a house on Long Island, and as the family ages, the oldest son goes wayward and this culminates into a situation where everyone but the oldest son is dead.

In the murder case there are accusations of heavy paternal abuse, alcohol and drug abuse and incest. These are all covered quite well in the film and Burt Young, of Rocky fame, does an excellent job of playing the brooding and dangerous patriarch. Perhaps most disturbing to me remains the son's (Ronald Defeo, 'Sonny' in the film) testimony around the events of the night he killed his family and the few months prior. DeFeo spoke about mysterious happenings and about feeling like 'something was inside, moving me'. There was a lot of talk about his change in appearance (some say because of drugs) and the film really capitalizes on the creepier aspects of that testimony.

It was a huge story and remains (despite what many have heard) largely a mystery. If you do decide to watch the film, try ignoring some of the 'over the top' commercial aspects (explosions and such) and realize that many of the plot points are rooted in case fact.

An even better suggestion, for those so inclined, would be to locate and read a copy of Gerard Sullivan's High Hopes prior to viewing.