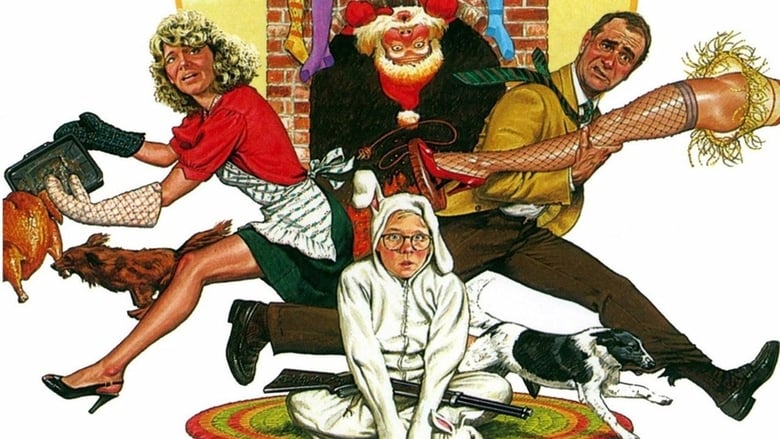 A Christmas Story takes place during the lead-up to Christmas Eve sometime in the 1940s and centres on nine-year-old Ralphie (Peter Billingsley) as he tries anything he can in order to acquire his most desired Christmas present of all, a top-of-the-line BB gun. During the film, he also goes head-to-head with a variety of pre-adolescent obstacles such as parents, teachers, bullies, friends, even his favourite radio program.

Long story short, this was on TV about a week-and-a-half before Christmas and I DVRed it with the intention of watching it in the interim but thanks to complications I only just got around to watching it after New Year's Day. Even so, I did struggle to like this film. The main conflict involving Ralphie trying all he can to ensure he gets his prized gun is tempered by a number of loosely connected vignettes - I wouldn't necessarily mind this fragmented approach to telling the story if said vignettes were actually entertaining, but...most of them weren't. The gags haven't aged well (especially the notorious flagpole scene). The narration by an older and wiser Ralphie adds some gravitas to relatively mundane scenes (such as the scene where Ralphie frantically tries to decode a secret message that's broadcast on his favourite radio program, which I'll concede was a good gag) but doesn't do much else of note. There's also the fact that so many of the jokes involve small children making various cacophonous noises - laughing, screaming, whining, whatever - and that just grates on the eardrums too much to be amusing. It's the cinematic equivalent of sitting next to a baby on an airplane. Even the sharper jokes, such as Ralphie's parents arguing over an ugly lamp or the extremely disgruntled people working as part of the familiar "department store Santa" set-up, don't quite work either. That's without getting into the staff at a Chinese restaurant singing Christmas carols, either.

Now, of course I'm willing to admit that maybe this just isn't for me. The simple nature of a lot of the gags complete with the most basic undercurrent of cynicism in certain sequences seems perfectly designed to appeal to kids in Ralphie's age bracket and keep said viewers hooked through nostalgia value. Unfortunately, I'm two months away from turning 25 and this is the first time I've seen this movie - at this rate, it'll probably be the last as well. It had its moments (the "you'll shoot your eye out" running gag was handled well) but overall it's a very flat film (and I don't think watching it before Christmas instead of afterwards is going to make much of a difference).