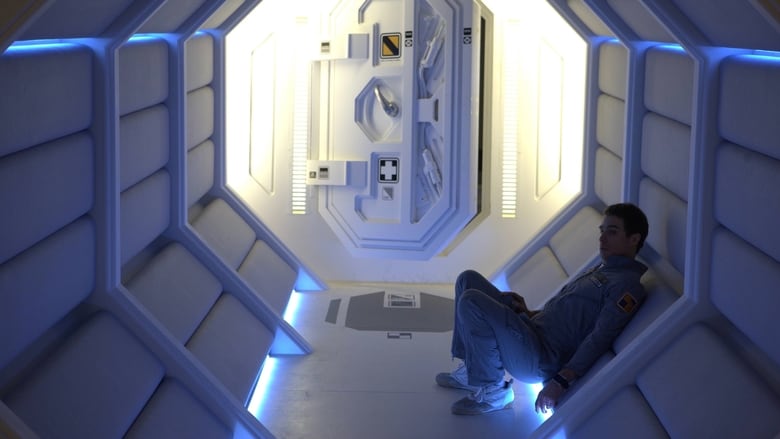 Notes
Duncan Jones was originally a Commercial Director for French Connection Clothing, and had also worked as a cameraman at his Father's (David Bowie) Birthday Party... Moon was his first full length feature and won 9 of the 15 awards he was nominated for.


Synopsis:
Lunar Industries in the year 2035 are the leading supplier of clean and renewable energy... they scour the Moon's surface using automated machines, collecting Helium-3 which the Moon has a bountiful supply of, and then they ship it back to Earth.

Involved in the process is a one man workforce, Sam Bell, who keeps an eye on the machines, does some handiwork and repairs when needed and keeps the Moon Base in order. Alongside Sam, is GERTY, an A.I droid/computer that assists Sam, keeps him safe and sane (something to talk to).

When Sam has an accident though... an extremely disturbing secret is revealed about Sam's purpose, life and very existence.


Moon is basically an acting lesson, a choreography lesson and a writing/screenplay lesson for all budding movie makers.

There's not a great deal happens in the first chunk of the film, we get to meet Sam and GERTY, learn their relationship, Sam's character and what he's there for and how some of the isolation has affected his character.
Then, the accident happens...

After that, things get spooky and mysterious and the viewer is never really sure what is happening around Sam... are we witnessing something through his isolation effected mind or are these things really happening?

After the explanation is given though, it throws the audience into almost a psychological panic alongside the main character we've come to not just know, or think we know, but have also fallen in love with.
The twist/explanation that happens in the middle of the film also gives a highly philosophical edge as the viewer now begins to question their feelings toward Sam(s).

Even GERTY is given a change in personality... the viewer gets thrown on the backfoot a number of times when GERTY seems to change his/its alliances.

The very atmosphere of the movie is built up of the mystery surrounding Sam(s)... his journey to find the truth and disturbing realisations are wonderfully simplistic yet brilliantly original, making the film easy to understand, especially when it could have been highly confusing.
You never forget the feeling of loneliness though which adds depth to the setting.

Sam Rockwell nails this role though. He has to play a number of different styles of character in the film... aggressive, thoughtful, hyperactive, injured, fit and well... and at times incredibly funny too, his conversations, arguments and insults with himself, are hilarious to watch.
Lacing all of the emotions with a disturbed and confused undertone and some madness (from the isolation) thrown in too.
Simply put, I don't think anyone could have done this better than Rockwell. Absolutely 1st Class.

Kevin Spacey backs him up as the voice of GERTY.
Spacey is also on top form. He does a kind of monotone voice for the droid... similar to his voice in Se7en and even has a strange sense of menace about him. That screenas well which shows his apparent emotion is also pretty spooky.

Action and effects... well, think of this film as a Sci-Fi-Drama... a Sci-Fi with a Human story to tell... with the CGI and practical effects around the base and out on the Moon's surface simply backing the story up.

It's all rendered nicely though, is highly realistic and the makeup jobs are top.
The choreography too for Sam Rockwell is absolutely brilliant though and is so well put together and natural, it's almost unnoticeable.

The music is also perfectly placed and adds a massive power to the emotions and frustrations that Sam is going through.


All in all, a psychological and philosophical movie laced with some brilliantly funny humour, emotion, mystery and some very real tragedy and heartbreak.
Sam Rockwell makes this film believable though, by far some of the best acting I've ever seen.
I'm finding it almost impossible to find a fault with the film to be totally honest. Even some of the highest rated films in my reviews have a few faults...
Highly, highly recommended.