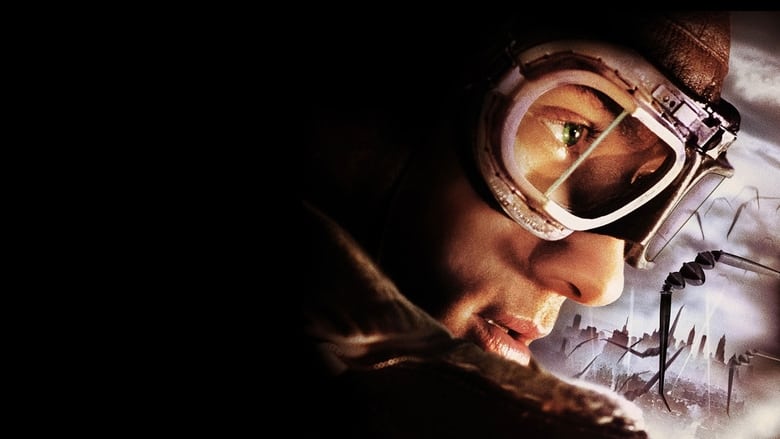 Sky Captain and the World of Tomorrow

Sky Captain and the World of Tomorrow, written and directed as the childhood-fostered brain child of first-time director Kerry Conran, is - to put it in one word - cheesy. But that's sort of the point: the film aims to harken back to pulp science fiction of the 1920s and 30s, and does so with a sort of underdog flair.

The film follows the adventures of reporter Polly Perkins as she attempts to solve the mystery of six scientists who have mysteriously gone missing, the seventh of whom is murdered after attempting to warn her that an apocalypse is upon them, mentioning only the name “Totenkopf”. Just at about that time, an army of giant friggin' robots descends upon the world and wreaks havoc as only an army of giant friggin' robots can, and Polly meets up with Sky Captain, or as she calls him, Joe, who's her world-rescuing pilot ex-boyfriend.

This movie gets a lot of flack for a lot of reasons – Gwyneth Paltrow's character, Polly, is vaguely annoying, and in today's standards, the special effects are kind of meh. Also, it's got a weird ambiance to it, one that makes me feel like the movie would look 100% better in black and white. And the colorist needs to not be a colorist anymore, because the entire movie looks like it's got a really bad Instagram filter on it.

It also deserves a lot more praise than it gets. Firstly, Sky Captain was one of the first movies ever to be shot entirely on a digital backlot, and paved the way for films like Avatar, Sin City, Speed Racer, and Alice in Wonderland. For its time, it was highly ambitious, and really, the story is decent. It's just like it intends to be, completely evocative of pulp sci-fi. Kerry Conran basically got kicked out of Hollywood after he made it, and it makes me sad, because he really seems to have had a great visual eye.