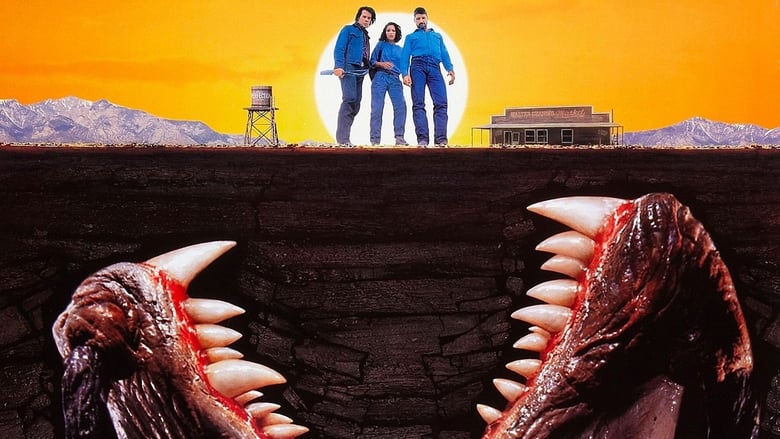 Tremors is a classic B-movie monster movie, and one of my all-time favorite films. Set in a small Nevada town called perfection, the film mostly revolves around to local handymen, Valentine McGee (Kevin Bacon) and Earl Bassett (Fred Ward). The two soon realize that the residents of the small are not alone in the baron dessert valley, when they discover a giant thirty-foot-long underground worm.

Ward and Bacon suit their characters perfectly, Ward being the grumpy old redneck and Bacon the cocky young cowboy wannabe. My favorite character, however, has always been Burt Gummer (Micheal Gross). A local gun enthusiast who had previously been mocked by the towns folk for his lifestyle, soon becomes their lifeline. My favorite scene of the whole film is the one when one of the Graboids breaks into Burt's basement, and he, and his wife Heather kill it with a hail of bullets from their sizable gun collection, with Burt eventually finishing the creature off with two blast of his Elephant Gun.

The practical special effects in the film were groundbreaking at the time and still look convincing to this day. You won't see any CGI in this film, which is a refreshing change, there's nothing like good honest practical effects. The only film that I can really compare it to in terms of practical effects is The Thing (1982).

The film is a mix of comedy, monster movie, and western - an unlikely mix of genres that works perfectly in this case. The comedy in the film comes from Val and Earls constant wisecracking, and also the over-the-top reactions and statements of the crazy gun-nut Burt. As well as comedy, the film has some genuine 'make you jump' moments, which are well-timed and put together. Everything happens at a brisk pace, maintaining the tension throughout - hence the 90 minute running time.