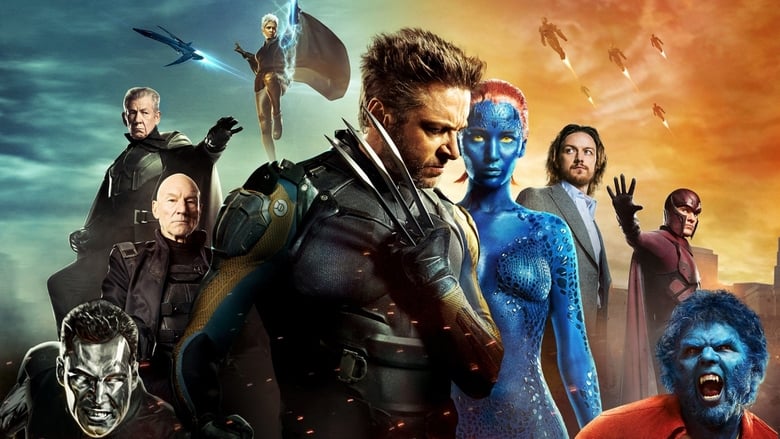 X-Men: Days of Future Past

X-Men has been an interesting franchise for me. I have never hated any of the films, aided by the fact that I skipped Origins I presume. I also never have loved any. I do think First Class has been the best of the bunch. I really like origin stories, plus the actors that they got to come out for First Class were top notch. Days Of Future Past has an interesting concept but I wondered if it would end up being too convoluted. I was very pleased when the movie ended up not being that way at all. Despite the huge amount of characters and time travel element, Days Of Future Past is coherent and entertaining. This is because once the initial conflict of the plot is laid out we basically spend our time with just a few characters.

It certainly didn't hurt my viewing experience that it was the characters that I have enjoyed the most in past films. McAvoy and Fassbender have been terrific additions to this world. I enjoyed them immensely together in First Class and that continues here. I believe this is what attracts me to X-Men the most. The featured villain always becomes incidental and that is fine by me. I have little interest in whatever super villain has decided to destroy the universe this month. With X-Men the central conflict continues to be between Professor X and Magneto. Magneto is a fascinating character because at heart he simply wants what the other mutants want. For civilization to accept them for who they are without fear or scorn. He of course always has extreme reactions to whatever is transpiring which essentially makes him the constant villain of this universe. That is no different here and I love every minute that Fassbender is on screen as the imposing Magneto.

Unfortunately Magneto is also my biggest issue with this film. While I enjoy watching him at his worst it is very hard to understand what his motivations are because of the a fore mentioned extreme reactions. At their basest Magneto and Professor X want the exact same things. Magneto can never see the forest for the trees however and always sees ultimate destruction of everyone who opposes him as the only way out. Maybe I have answered my own question concerning motivations, but it is hard for me to make the stretch of someone as intelligent as Magneto seeing no other form of resolution. I also have an issue in these films with Magneto and Professor X and the way they flow in and out of friendship. They seem to be either best friends or mortal enemies depending on what is needed in that moment. I enjoy them together so suspend disbelief but I don't know how much longer I am going to be willing to do that for.

Raven (Lawerence) and Wolverine (Jackman) are the other major players this go around. Both are very good, although we do not see a whole lot of actual Lawrence in this movie. Wolverine is always a lot of fun and that continues. This is probably the most I have liked the super macho, cigar chomping mutant. A lot of the plot hinges on Raven and I think everything involving her is done very well. She is similar to Magneto but seems to be able to put on the breaks a little more than him which is for the better. We see a whole lot of other mutants but their time is limited. That is for the better as well, Singer is not trying to do too much which is good. The action here is very good as well. There are two extended scenes that take place in the future and involve a lot of portals. This is usually the type of thing that takes me out of a movie but here I felt I knew what was going on the entire time and enjoyed the sequences. There is a jail break scene involving Quicksilver which is fantastic. It got the biggest reaction from the audience as is being talked about a lot for good reason. It is very well done and more importantly super entertaining.

Days Of Future Past is not the greatest thing to happen to the genre. In fact when the next film is made it may even become a little bit obsolete. It doesn't seem to move the characters forward a whole lot or change the universe at all. What it is though is a very well made action movie that is a lot of fun to spend your time with. In a period where that is becoming more and more rare for me with films of this type, I was very pleased.
» More about X-Men: Days of Future Past
» More reviews of X-Men: Days of Future Past
» More reviews by seanc