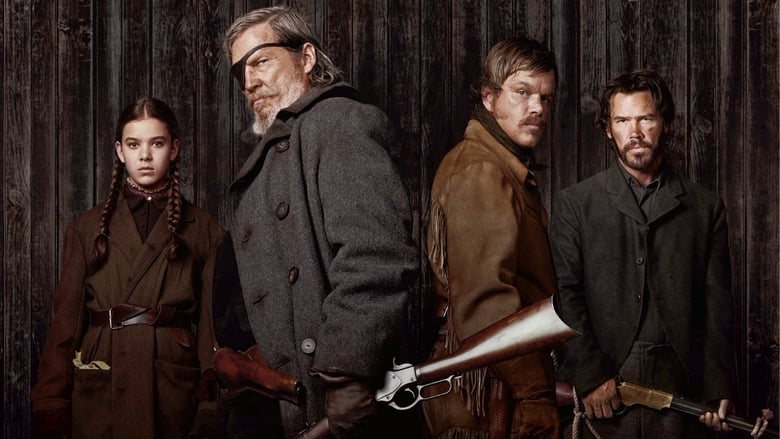 by Yoda
posted on 3/09/11
in
The Coen brothers are no strangers to adaptation. They adapted Cormac McCarthy's famous book No Country for Old Men for the screen in 2007 (and won themselves a few Oscars for their trouble), and they adapted no less a source than Homer's The Odyssey, albeit roughly, for 2000's O Brother, Where Art Thou?. Here they have, for the second time, adapted their film from another film: 1969's John Wayne vehicle of the same name.

The plot outline remains the same: a young girl named Mattie (Hailee Steinfeld) seeks vengeance for her slain father and hires an old, impeccably named gunslinger called Rooster Cogburn (Jeff Bridges) to track down the killer. She also insists on coming along.

As True Grit is a remake it has been somewhat remade, though the change is more one of emphasis than events. The Coens have shifted the focus so that Cogburn often cedes the stage to Mattie, and the way she's written more than justifies the decision. She talks quickly, with an articulation and shrewdness that catches everyone she encounters off-guard. The filmmakers' love of dialects, speedspeak, and vocabulary makes Mattie the nexus of Coen catnip. If she weren't so thoroughly decent, one could imagine her growing up into Amy Archer, Jennifer Jason Leigh's "fast-talking career gal" in the Coens' underrated 1994 film The Hudsucker Proxy.

Bridges' Cogburn, of course, doesn't particularly like the idea of being hired by a girl, much less one that insists on coming along with him. And as the film goes on, a bit of protectiveness creeps in. Mattie is deeply bitter about her loss, and thinks vengeance will quench her. One gets the impression that Cogburn knows otherwise from personal experience, and keeps her at arm's length from the quest as much for her good as for his convenience. Though Bridges is not John Wayne (nor should he be), he manages to imitate Wayne's balance between war and warmth in a way that says "I'm this way so that you don't have to be."

It's been said that George Clooney accepted the role of Everett in O Brother, Where Art Thou? without reading the script, and it's easy to understand why: the Coens don't make many casting mistakes. They seem to enjoy playing games of brinkmanship with their characters, writing them in such a way that you can hardly imagine more than one or two people in the world playing them in a believable way. Yet they always find them. Here they have a script that will either stand or collapse under the weight of its emphasis on Mattie, and in Steinfeld they have literally found a supporting actress; hers is a load-bearing performance.

Like many westerns, True Grit is lousy with negative space and the terrain is custom built for memorable confrontations. The world here is still spread out, and the physical distance between each person both mirrors their distrust of one another and makes each encounter all the more significant. The territory they travel is filled with a mix of treacherous peaks and land so flat it's liable to make you forget the shape of the world; all the better to see and speculate about the person you will meet long in advance of doing so.

True Grit is a modestly adorned film with similarly modest aims. It does not have the ambition or originality of some previous Coen efforts, and it probably can't be counted among their very best work. But then, it doesn't seem like it particularly expects to be. It is a simple story, expertly told. It takes aim at a very hittable target, and hits it dead center.
ģ More about True Grit
ģ More reviews of True Grit
ģ More reviews by Yoda