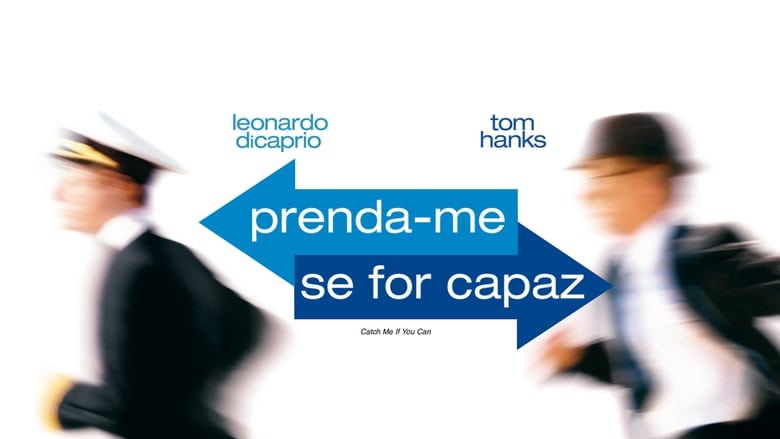 Catch Me If You Can

by Yoda
posted on 12/27/02
in
I wanted this movie to be bad. The title "Watch Me If You Can" danced around my head after the movie ended. Such a smartass, pithy remark would've surely thrust me up alongside countless other reviewers who seem more intent on constructing a play on words than enjoying the majority of films they view. Unfortunately, the movie was incredibly entertaining.

Catch Me If You Can stars Leonardo DiCaprio as Frank Abagnale Jr., a high-schooler with an extraordinary eye for detail. Naturally, he uses this talent to his advantage in sometimes shady, always clever ways. In a scene roughly fifteen minutes in we see where he gets it from, as his father attempts to con a woman long enough to borrow a suit. There is a strange sort of grace in the way both Frank and his father use their charm, and a bit of hit-and-miss, to finagle their way through various enterprises. It is apparent quite early on, however, that Frank Sr. simply isn't as clever (or persevering) as his son when it comes to taking advantage of the people around him.

DiCaprio plays Abagnale with remarkable skill, switching back and forth from a scared teenager to a mature professional in the blink of an eye. The character is disturbingly smart; but he's also young, and he has his weaknesses. Weaknesses which expose him as being as angst-ridden as the next adolescent, despite his suave exterior.

He is, however, fully believable in every persona he takes on. Both the character -- and the actor -- convey an adaptiveness that would make Darwin proud. There's something about Frank's antics (if you can use such a word to describe stealing millions of dollars via check forgery) that instantly produces a smile. You can't help but enjoy his various schemes. After you're treated to an awe-inspiring demonstration of his ability to think on his feet, you'll likely find yourself hoping he runs into more trouble, if only so you can watch him slip through the cracks yet again.

Or, more aptly, slip through the fingers; of Carl Hanratty, an FBI agent specializing in fraud who is the Edward Rooney to Abagnale's Ferris Bueller. We quickly dismiss the idea that Frank is a "bad guy," because we're too busy being impressed with what he's doing to stop and pass judgement. Something will never allow us to look at someone like Frank Abagnale Jr. with anything but respect for his cunning ability to make everyone around him look like a chump. We know what he's doing is wrong, but delighting in its genius becomes a guilty pleasure over the course of the film. Abagnale almost becomes a younger, tamer, more practical version of Hannibal Lecter; he is someone whose skill and intelligence we admire so much that we often forget to disapprove of how he's using it.

Hanks plays his role well, but, while reliable and believable, is nevertheless completely upstaged by DiCaprio, who is the movie's soul. It is important to note, though, that the two thrive on each other's presence. Hanratty needs someone as smart as he is, and Abagnale needs Hanratty's whip on his heels to propel his manipulation to new heights. You could say that Hanratty is a man who's always left without a chair when the music fades. More fitting, however, would be to say that he has a chair, but that it always collapses on him at the more inopportune times.

At one point in the film, Abagnale calls Hanratty directly. Hanratty tells him "you're gonna get caught. It's mathematical." We know he's right. The joy, however, lies in seeing just how long the fun lasts.