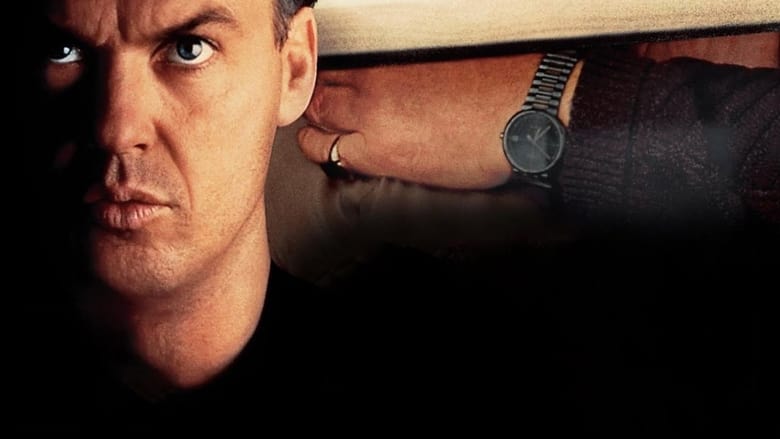 I was drawn to this film for two reasons mainly: firstly, the plot synopsis seemed interesting and I loved San Francisco when I visited last year. I'm certainly pleased I watched it - it's an intriguing film that centres around a young couple that buy their dream house in the Pacific Heights area of San Francisco, only for their dream home to become a living nightmare residence when the tenant from hell - wonderfully played by Michael Keaton, I must say - moves in. Keaton's portrayal really was excellent, both chilling and sly. His character is a conniving genius who misappropriates others' money in order for personal advancement and self-gain. I can't fault Keaton's acting at all. Matthew Modine was pretty decent as well as Drake Goodman - well-named as his character is just that, a good man (albeit one driven to violence by the cunning Hayes).

The acting is a little hammy at times, and I think Griffith grows into the film rather than being good from the start. Some of the notable supporting cast I noticed were Tippi Hedren in a very small, non-speaking part - I've just realised as well that she's Griffith's mother, and the lawyer from Dirty Harry also features. Those are just personal diversions - neither play big roles.

I did feel the film dragged at times, and it does feel a bit like a TV movie at times, which is why my score for it isn't as high as it perhaps would have been, but the nail-biting finale was terrific. Complete with nail guns and spikes and all manner of improvised weaponry, the climax to the film is indeed satisfying.

Overall, this is a good film with some decent acting, particularly from Keaton, but the slightly bloated script and occasional vagueness brings it down a tad from what it could have been. It's also psychological and the mysterious and intriguing tone it takes makes it a worthwhile watch for most movie fans.

Quotes
Carter Hayes: [to Drake] You're a brave and stupid man.

Drake Goodman: [as they are house painting] You have to remember this is an investment, Patty. You can't afford to do everything at once.
Patty Palmer: It's not just an investment - it's our home.

Drake Goodman: [Referring to the house] Whatta yuh think?
Dennis Reed: 750 grand, hunh? It's not a song - it's an opera.

Trivia
The home of Melanie Griffith and Matthew Modine is not in Pacific Heights at all, but right across town in San Francisco's Potrero Hill district at the corner of Texas & 19th Street.

Film critic Janet Maslin in 'The New York Times' wrote that this film was "perhaps the first eviction thriller".