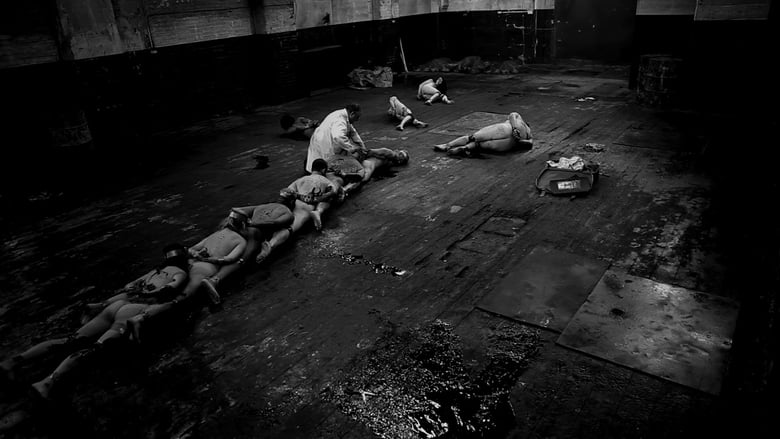 by Masterman
posted on 4/12/14
in
The Human Centipede: Part 2
Directed By: Tom Six Well I finally found the uncut version of The Human Centipede 2 and I must say I shouldn't of bothered. The first movie was a sick, shocking, and a truly disgusting piece of film. Tom Six certainly has people's attention with these movies, and whether or not it's good attention doesn't really matter (I mean he still has people talking). Now I found the first movie watchable. I think I took the first movie better than most people, and although the movie was a total piece of sh** it still held my attention till the end. Now why the hell I've been trying to find the second movie baffles me. I've been trying to find it for a while now, and for some reason I sat and watched the whole damn thing right through, yet again. It's sort of like a challenge now to see whether or not I can handle what it has to offer ..,. And I must say, I can't.


Fun Movie Trivia
Tom Six shot "Full Sequence" in color, but "was always thinking about black and white" and realized while editing that it was "much scarier" in black and white.
The Human Centipede 2 is truly the most disgusting thing I've ever watched. It contains one of the most disturbing scenes I've ever seen, and the movie truly is one messed up piece of sh**. Seriously, I can't explain how sick this movie made me feel. My stomach was in knots and all I kept doing was trying not to be sick. This movie actually makes the first movie seem like an episode of bloody Postman Pat. The Uncut version contains a scene of what I can only describe as a man with a tiny penis, which is wrapped in barbed wire rapes one of the girls at the back. The scene doesn't hold back and I found myself actually wanting to hurt that complete nutter. The Centipede scene it's self Is sickening enough, never mind the barbed wire scene thrown at us straight after.


Fun Movie Trivia
On June 6, 2011, the BBFC (UK certification board) refused to grant this film a certificate, effectively banning the movie from being shown in cinemas or DVD in the UK. However, on October 6, 2011, the BBFC granted the film an 18 certificate after 32 cuts totaling 2 minutes and 37 seconds were made.
After watching this movie I found my self asking, "is this what horror is now becoming "?. Is this what film makers think we want to see, and is this what they actually think scares us?. I mean, I was telling a friend about this movie and how bad the above scene was and he actually googled it to watch it. He was shocked by what he seen yet it still interested him enough for him to google it in the first place. Have we really turned into a population that likes to watch this type of stuff no matter how sick it is?. I actually can't pin down whether Tom Six is a complete nutter, or whether he's actually a very clever man. Has he made horror movies with no boundaries, that has everybody talking. Or is he a nutter than has just made a very sickening movie. Obvisously it could be both, but never the less his movies have gathered a lot of attention.

Overall The Human Centipede 2 is a very disturbing movie that is very hard to stomach. It's not a movie I'll ever be in a rush to watch again. And yet I feel like saying.... Bring on number 3. I feel like saying "C'mon Tom Six you can go worse than that", you can make me sick next time