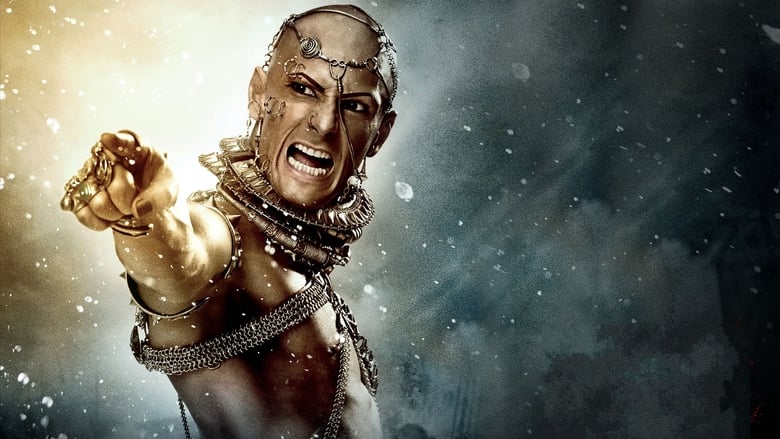 "I will attack the Greeks with my entire navy!"

300 has always been one of my favourite movies. As I said in my earlier review, it's a love it or hate type of film. I have always been on the love side of things. 300 Rise Of The Empire will probably fall into the same catagory with the audience. I personally loved the movie. I thought it was just as entertaining, just as cool, and looked just as amazing as the first. With a new director and a new cast i thought the movie may have lost its magic, but it didn't. I found myself on the edge of my seat with my hair standing on my neck just as excited as ever.

The movie was initially going to be about the story of Xerxes and his military expeditions. The story and narrative were changed significantly and the script was revised in subsequent drafts to have include the Athenian leader Themistocles.

With Gerrard Butler missing from the action this time around, i thought he would be hugely missed. He presented so much power and presence in the first movie that I didn't think anyone would be able to replace him. And to my surprise, of all the people to steal the show it was Eva Green. She presented so much power, evilness, and violence that she made Gerrard Butler seem like an alter boy. Seriously, she's one evil sexy bit**. Sullivan Stapleton also gave a pretty good performance. He certainly fitted the role and gave us one pretty crazy sex scene with Eva Green

The original script featured King Leonidas from "300", but he was ultimately cut out. This was due to Gerard Butler, who turned down to reprise his role as Leonidas, since it "wasn't really [his] thing".

I can't bring myself to say this movie was better than the first movie. There is just something I like more about the first that I can't quite put my finger on. Rise Of The Empire is certainly as entertaining. Its certainly just as good, but something was just that little bit better about the first. Overall this was a very strong action movie. It has some awesome moments, and looks amazing. I can't wait for the Blu Ray release.

The lead role was offered to Joel Edgerton but he declined.