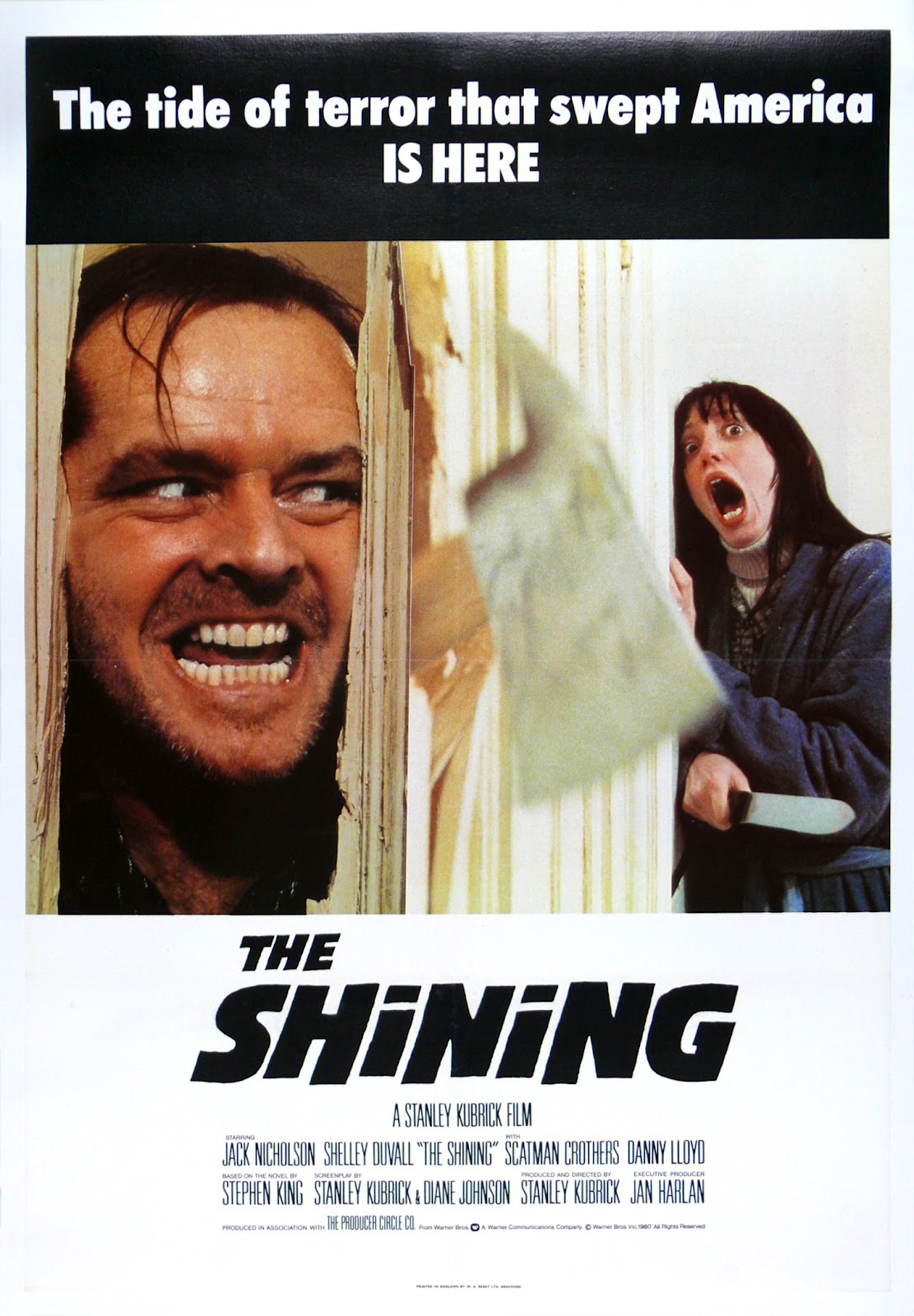 The directorial artistry of the late Stanley Kubrick and a powerhouse performance by Jack Nicholson are the primary selling points of 1980's The Shining, a chilling and atmospheric psychological thriller based on Stephen King's most famous novel.

This version of the story stars Nicholson as Jack Torrance, a severely blocked writer with a wife and child, who agrees to take a job as the off-season caretaker of an isolated hotel called the Overlook, located in the snow-buried rocky mountains of Colorado. He thinks the isolation might aid in his writer's block, even after learning that the previous caretaker went crazy from the isolation and killed his wife and twin daughters. We then watch Jack move his wife, Wendy and his son, Danny into the Overlook and the viewer watches and wonders if the same thing is going to happen to Torrance. We also learn that young Danny has a connection to the hotel that his parents know nothing about. 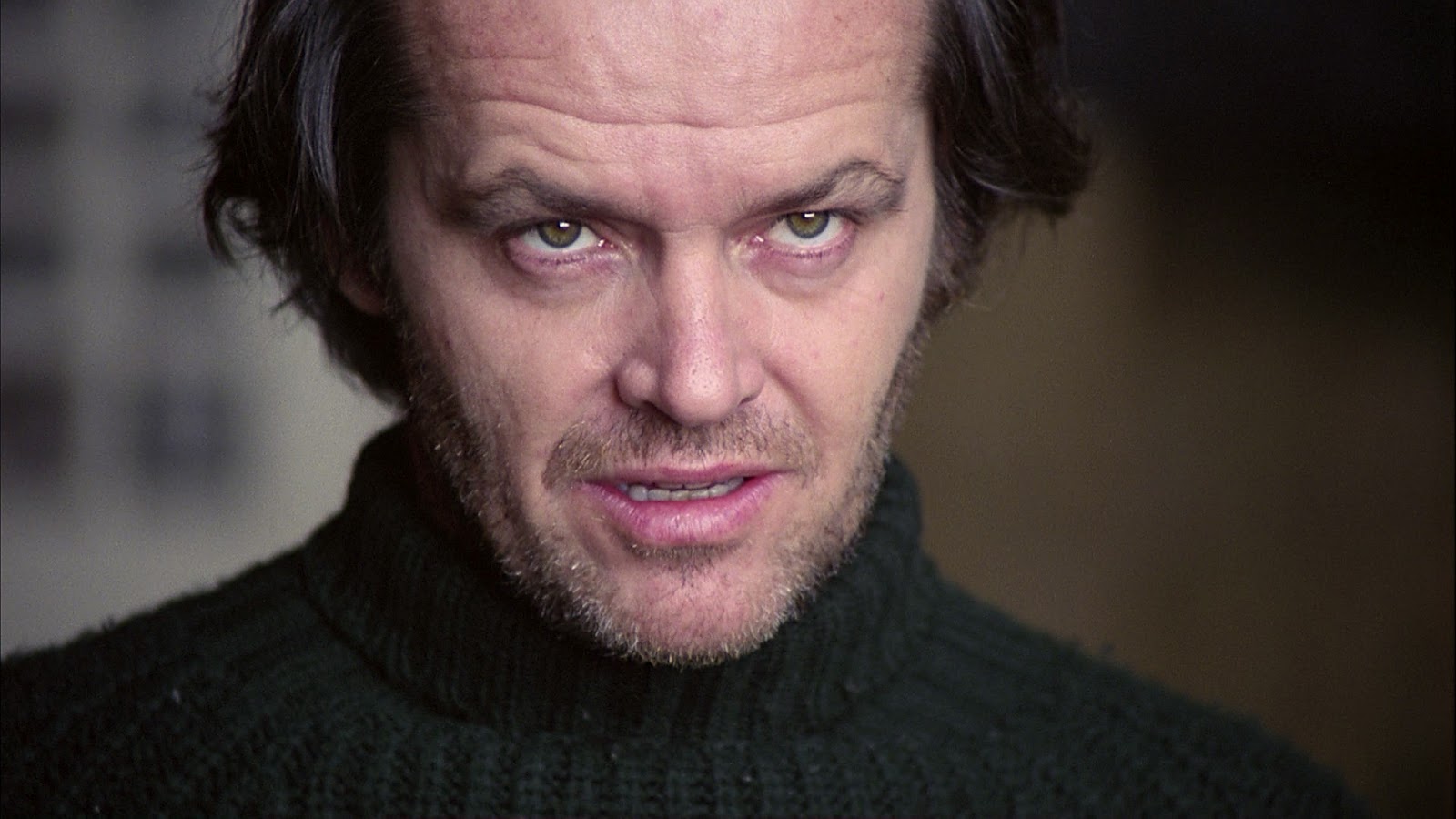 Despite the fact that this film is basically a shell of the novel it is based on, it is still bone-chilling entertainment, thanks primarily to Kubrick's ability to unfold such an intimate story on such a huge and menacing canvas. The claustrophobic atmosphere that Kubrick creates here is so effective...the Outlook almost feels like it's on another planet, it seem like it's a billion miles from civilization and the fact that everything we see is blanketed in snow makes it seem even more removed from reality. Kubrick creates a cinematic atmosphere here that is chilling and completely engrossing. 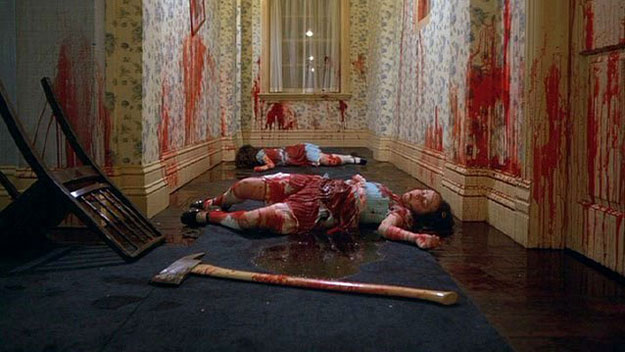 Jack Nicholson is absolutely electrifying as Torrance, an everyman with issues that he would like to bury but his isolation at this hotel and unhappiness with his own life, which he is in denial about, that makes Torrance's journey into insanity so riveting...it's not just the big moments but watch Nicholson when he learns abut what happened to the previous caretaker, or when his son begins to question his and his mother's safety, or my personal favorite, his conversation with the imaginary bartender in the hotel's elegant ballroom...even though we know this is all going on in Torrance's mind, Nicholson's investment as an actor makes us believe everything we are watching. Shelley Duvall is shrill but effective as Jack's wife Wendy, a woman who begins unraveling, torn between devotion to her husband and protecting her life as well as her son's.

Almost in the tradition of Scorsese and De Niro, Kubrick and Nicholson created a formidable director/actor collaboration that, sadly, didn't develop into further work, but it should have. Kubrick and Nicholson created a classic here that should not be missed. Later remade by ABC television as a 4-hour miniseries with Steven Weber as Jack Torrance. 8/10
» More about The Shining
» More reviews of The Shining
» More reviews by Gideon58