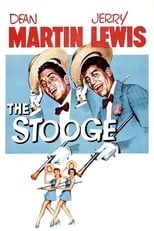 Release: Dec. 21st, 1952
Runtime: 1 hour, 40 minutes
Bill Miller is an unsuccessful Broadway performer until his handlers convince him to enhance his act with a stooge—Ted Rogers, a guy positioned in the audience to be the butt of Bill's jokes. After Ted begins to steal the show, Bill's girlfriend and his pals advise him to make Ted an equal partner.

16 Which stooge would you be?
Hello everyone. I have always enjoyed, The Three Stooges. Which stooge most closely matches you? Brutally honest comments are always welcome. Please vote in my poll. Nyuk, nyuk, nyuk! ...