The Dust of Time 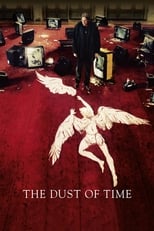 Release: Nov. 22nd, 2008
Runtime: 2 hours, 5 minutes
A, an American film director of Greek ancestry, is making a film that tells his story and the story of his parents. It is a tale that unfolds in Italy, Germany, Russia, Kazakhstan, Canada and the USA. The main character is Eleni, who is claimed and claims the absoluteness of love. At the same time the film is a long journey into the vast history and the events of the last fifty years that left their mark on the 20th century. The characters in...

We didn't find any linked discussions for this film. Here are the results of a quick search of possibly related threads:
24 Dust to Dust - being filmed in my neighborhood
Just read about a new movie with Christian Bale and Forrest Whitaker called Out of the Furnace. If they were just filming it in Pittsburgh I wouldn't be posting this, but they're filming it in my exac...
3 Ask the Dust?
Does anyone know when will start the shooting of Ask the Dust ? THANKS SO MUCH...
3 Monkey Dust
anyone catch this superb animated satire of 21st Britain's underbelly of society?...