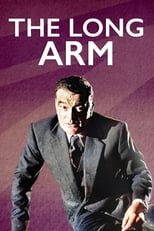 Release: Jun. 1st, 1956
Runtime: 1 hour, 36 minutes
Scotland Yard detectives attempt to solve a spate of safe robberies across England beginning with clues found at the latest burglary in London. The film is notable for using a police procedural style made popular by Ealing in their 1950 film The Blue Lamp. It is known in the US as The Third Key.