The Story of the Last Chrysanthemum 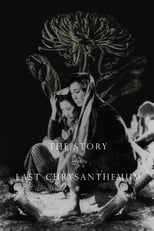 Release: Oct. 13th, 1939
Runtime: 2 hours, 24 minutes
In late 19th century Tokyo, Kikunosuke Onoue, the adopted son of a legendary actor, himself an actor specializing in female roles, discovers that he is only praised for his acting due to his status as his father's heir. Devastated by this, he turns to Otoku, a servant of his family, for comfort, and they fall in love. Kikunosuke becomes determined to leave home and develop as an actor on his own merits, and Otoku faithfully follows him.