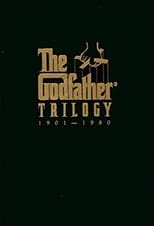 Release: Oct. 17th, 1992
Runtime: 9 hours, 43 minutes
The multigenerational saga of the rise and fall of the Corleone crime family. Story is told in chronological order, and numerous scenes that were deleted from each film have been restored.