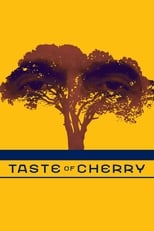 Release: Sep. 28th, 1997
Runtime: 1 hour, 39 minutes
A middle-aged Tehranian man, Mr. Badii is intent on killing himself and seeks someone to bury him after his demise. Driving around the city, the seemingly well-to-do Badii meets with numerous people, including a Muslim student, asking them to take on the job, but initially he has little luck. Eventually, Badii finds a man who is up for the task because he needs the money, but his new associate soon tries to talk him out of committing suicide.

seanc Through each encounter we are given little glimpses into the main characters life.
READ REVIEW